Our ATTO benchmark has been around since the days when a 1TB HDD was a mighty purchase but it's still a great demonstration of the overall capabilities of the drive, and the Sabrent Rocket 4 Plus pair make full use of their Gen4 bandwidth capability to smoke the competition in all block sizes. 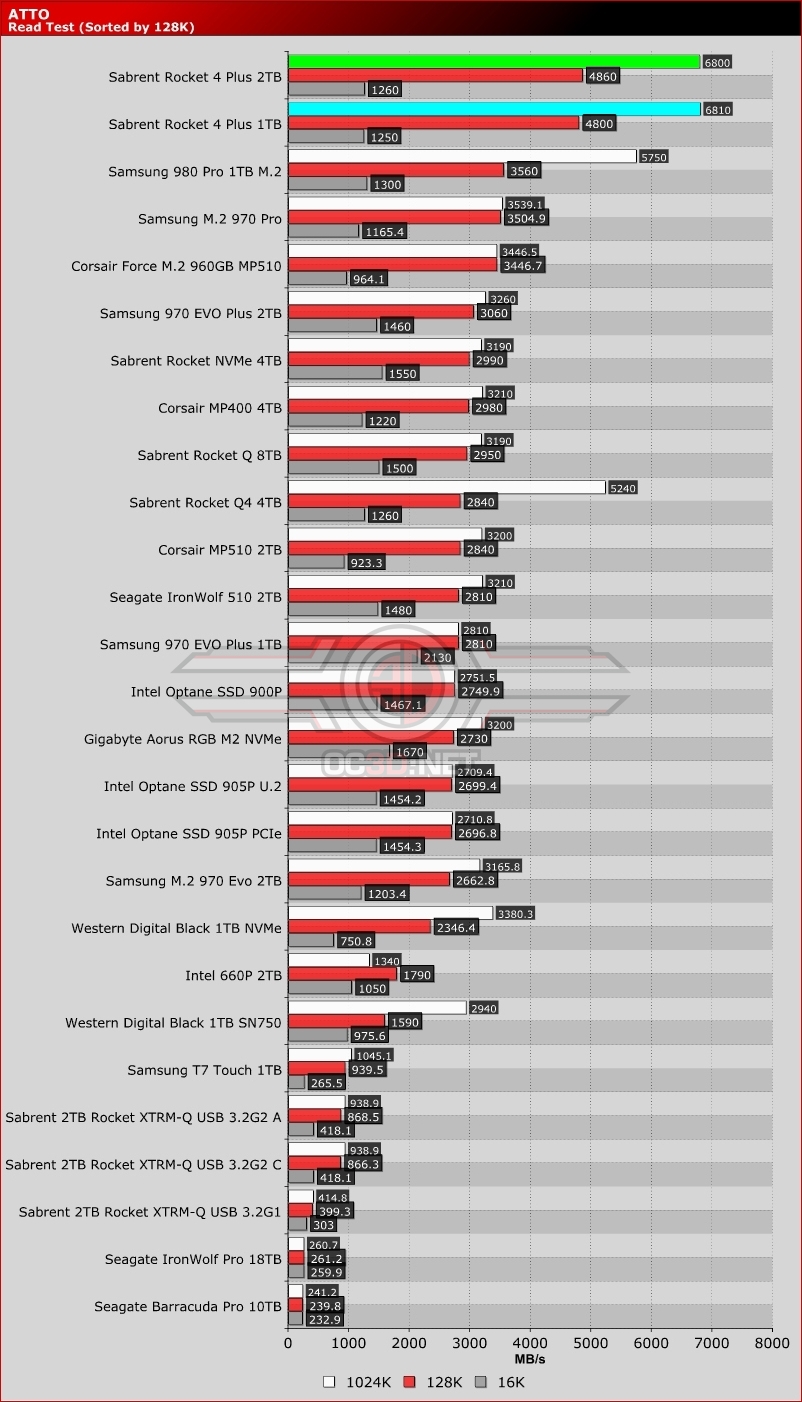 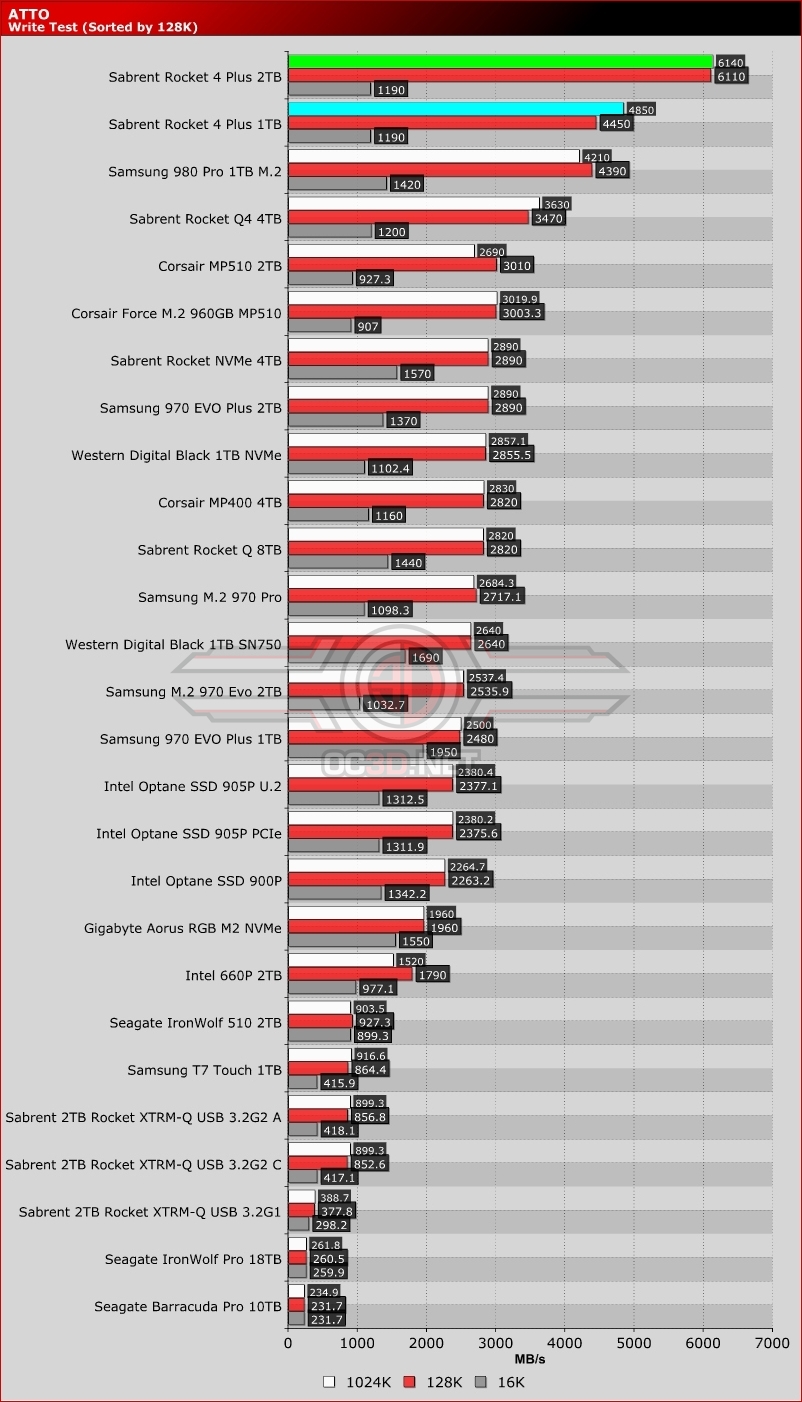