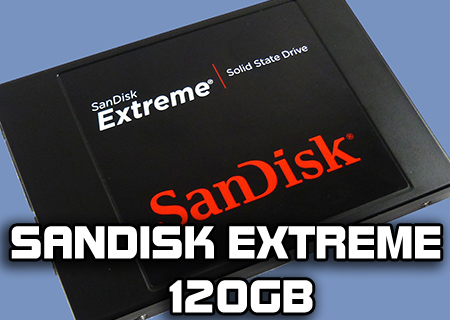 Bold is the word that springs to mind when looking at the packaging for the Extreme. Most surprisingly is that SanDisk have resisted the temptation to put any numbers on the packaging at all, besides the drive capacity. Usually a manufacturer will take the biggest read figure they've obtained and splash it all over the box. SanDisk doesn't mention speeds even in the small print on the back. 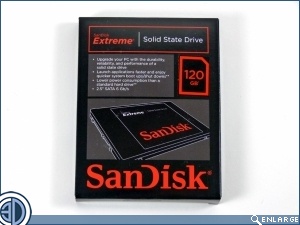 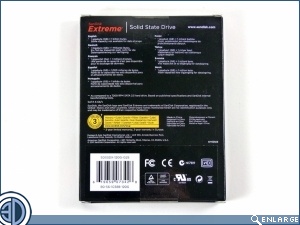 The drive itself replicates the stark packaging. It's worth noting that the drive is the only thing included. No cables or 3.5" adaptors or anything. You get the drive in a box, and that's it. 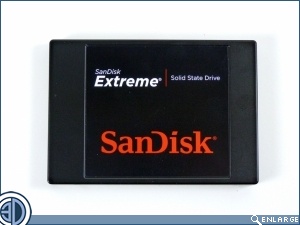 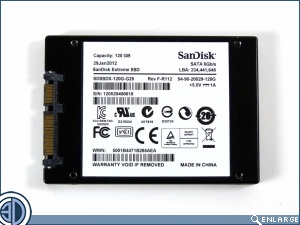 Although we used to see a huge amount of different controllers as manufacturers aimed for whatever was currently at the technological edge, we're rapidly seeing the SandForce SF2281 as the dominant option. Although given the tremendous speeds it's capable of that isn't a great shock. 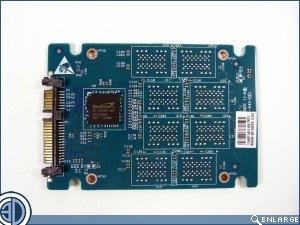 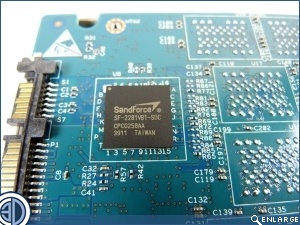 With a PCB capable of supporting 480GB capacity it's not a surprise to see the 120GB model seeming so threadbare in terms of the NAND MLC chips. Although it's nice to see SanDisk using their own chips rather than the common Samsung ones. If only because as a memory giant it makes perfect sense for them. 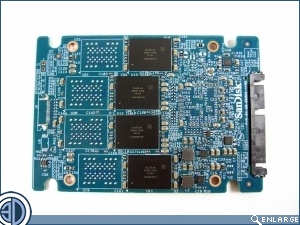 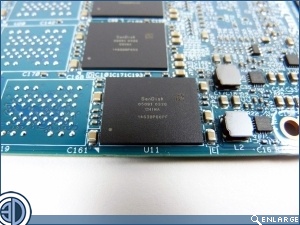