Packaging and Up Close 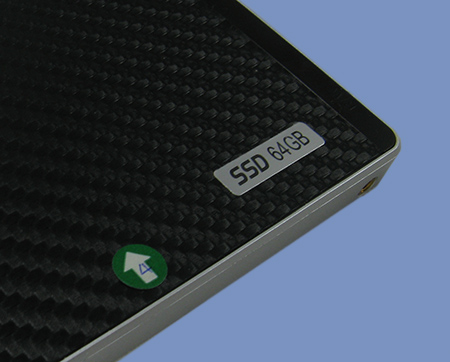 The packaging for the two Silicon Power Solid State Drives we have on test today certainly looks the part on the front. It has all the parts one would wish to find with a large manufacturers logo, clear information about the model and capacity of the relative drives, and a clear photograph of what the drive looks like. As you'll see below it's actually a very good representation too.

The colouring used is also nice and clear with the more middle-level M10 being in silver and the extreme performance E10 being gold. The rear is much less interesting. Whereas normally this would be the place in which a plethora of details and specifications are listed, we've actually got a tiny amount of information in a large amount of languages.

Unfortunately the cardboard used is quite thin, akin to a box of matches. Thankfully SSDs are all about performance, but nonetheless it's not the sturdiest external packaging we've ever seen. 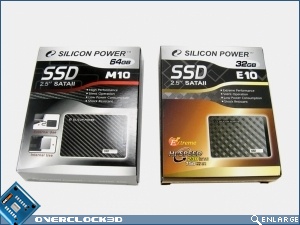 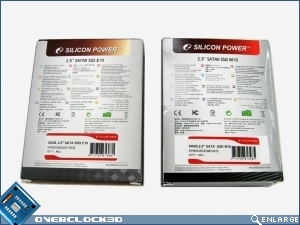 Taking the drives out of the packaging the lack of sturdiness is again apparent with a vacuum formed plastic holder keeping the drives in place. It's sufficiently thick that the product is in no danger of being damaged in transit, but it doesn't make you feel like you've really brought something outstanding.

One of the big selling points of the Silicon Power drives is their unique look. Rather than a plain black box, or something with a universal sticker on it. Starting with the 32GB model it has a very eye catching cross-hatch design. It's certainly one of those designs that you'll either love or hate, just because it's so different.

The 64GB model has a much more universally appealing carbon fibre finish. It's very nice indeed and as you can see in the photographs throughout this page it is a high quality finish that looks everything from black to a nice grey depending upon the angle. 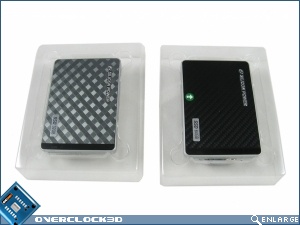 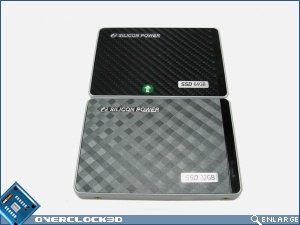 The 64GB M10 also has the ability to be used using a USB connection and you can see the mini-USB socket next to the standard SATAII power and interface. Silicon Power have included a mini-USB in the box for the M10 64GB, allowing you to be up and running in moments. 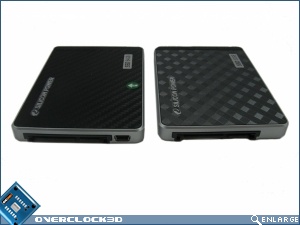 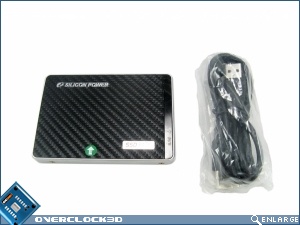 Finally a nice close-up of the two drives, really highlighting their looks. I love the carbon one, the other, not so much. 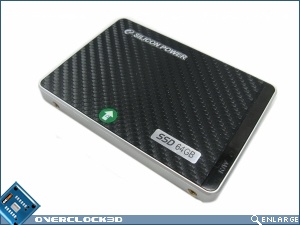 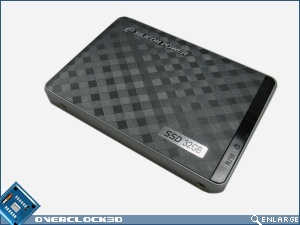 So what's underneath this epic cover?