When it comes to routers the majority of us just settle with whatever box our ISPs provide us with, which is fine for many of us but is simply not up to standard when you are a full on PC/gaming enthusiast or require WiFi that is powerful enough to get past a few thick walls.

Today we will be looking at two of the most powerful routers in ASUS' product stack with the RT-AC5300 and it's enthusiast grade WiFi coverage and speeds and the RT-AC88U, a router which can be best described as business class router in an ROG skin. In this review we will be discussing the perks of both of these routers and why you should consider leaving your ISPs' router back in it's box. 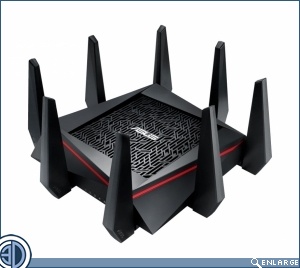 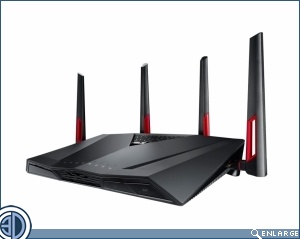 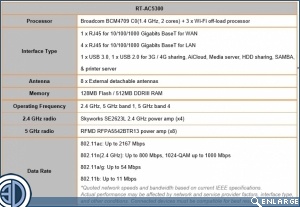 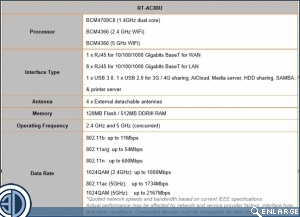 Both of these routers and their features will be described fully over the next few pages, but to start off with we will first give you a brief rundown on exactly why you consider an aftermarket router like the AC5300 or the AC88U.

- Control: ISP provided routers provide you the user with limited control, but with the AC5300 and the AC88U you have full control over what features that you want to use and to be easily able to monitor traffic data. With these routers you can do simple things like Prioritize gaming traffic for your gaming PCs or consoles all the way to limiting the bandwidth usage of certain devices on your network.

- Computing power: ISP provided routers are not very powerful, good enough to do ordinary tasks but not enough to handle large volume of internal and external network traffic. These routers have powerful 1.4GHz dual core processors and are each using dedicated WiFi processors in order to take the load off the main SOC, allowing these routers to handle a much larger amount of traffic at any given time while at the same time lowering latency.

- Security: Both the AC5300 and the AC88U make use of AiProtection technology, which automatically blocks data from known malicious websites and can help protect your computer from attacks and infection. ASUS go so far as to say that you can turn off your Antivirus while gaming for a higher framerate and to free up resources, though we wouldn't recommend that you ever turn off your security software.

RandomBadger
I want one just for the aggressive looks, but no way I'd pay £400 for a router, although it would match my PC nicelyQuote

xcite
what is the wan -> lan (wired) troughput? no one seems to test that.Quote

tinytomlogan
Quote:
No need. WAN throughput would be 200mb/s max with the fastest internet available in the UK atmQuote

notcool
About time some proper hardcore wireless routers came out, I've gone back to wireless now for gaming as powerline is a bloody gimic, every adaptor I get dies after a year and I've tried several brands. Good review.Quote
Reply