What the ASUS AC5300 router is designed to do is deliver an unparalleled wireless experience, offering not just one but two 5G wireless networks and faster wireless data rates than what is possible on traditional routers through Broadcom's NitroQAM technology, allowing 5G data rates of 2167Mbps and 2G data rates of 1000Mbps.

This router is designed to act as the center of your home network, enabling fast data streaming from your home server or Network Attached storage (NAS) devices, enabling multiple 1080p streams or even 4K steams with ease.

When it comes to wireless range the AC5300 has very few peers, offering an exceptionally high range using ASUS' patented Antenna design and 8 antennas. Effectively this router is a 3-in-one in terms of wireless performance, offering a full 2.4GHz network and two 5G data networks, all of which can work independently of each other, offering an insane amount of potential network bandwidth. 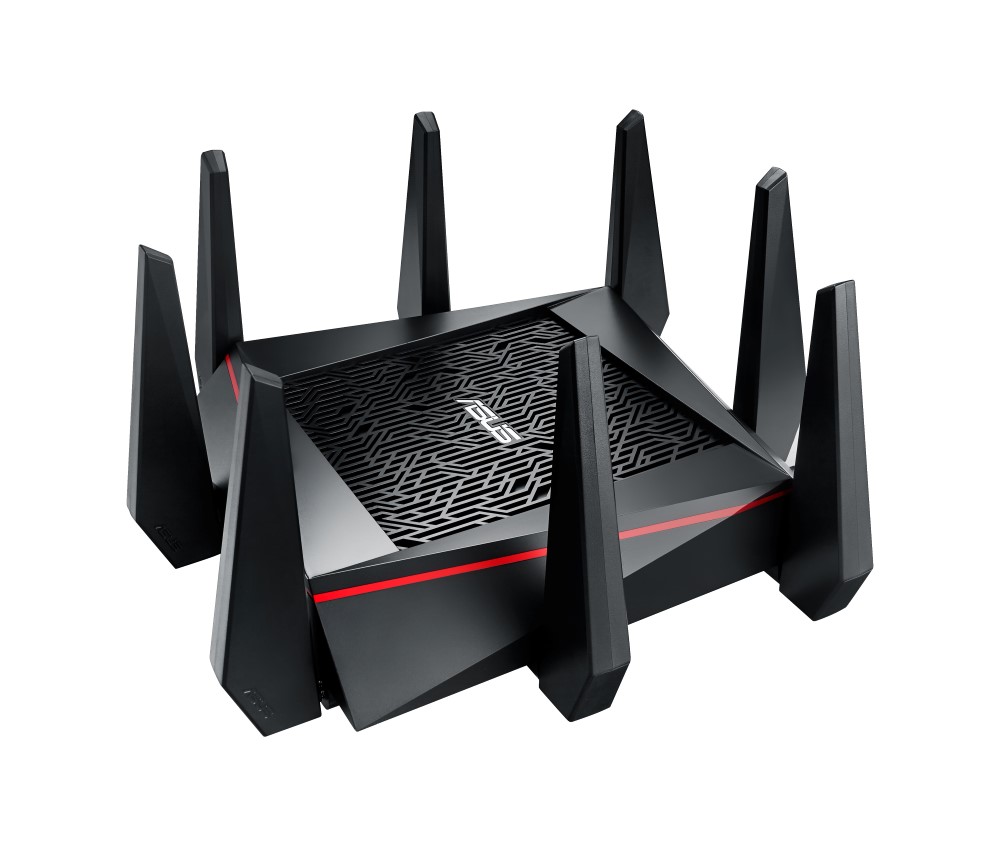 One of the key features of these high end routers is their support of Link Aggregation, allowing a device to connect to this router using dual Gb Ethernet connections, allowing them to achieve wired speeds approaching 2 Gbps.

This support is ideal for those who have a home server or network attached storage device, allowing multiple PCs to access it with full Gb Ethernet connections.

If you are a heavy gamer you can use ASUS' "Game Boost" Function to prioritize your gaming traffic, allowing you to reduce your Ping time, variation and have the best experience that is possible on your internet connection. What this router can also do is find the optimal way of routing your internet traffic around the world in order to get you data to take the quickest and most efficient route, giving you consistently lower ping and minimal packet loss, though this can only be applied to a single device at a time. 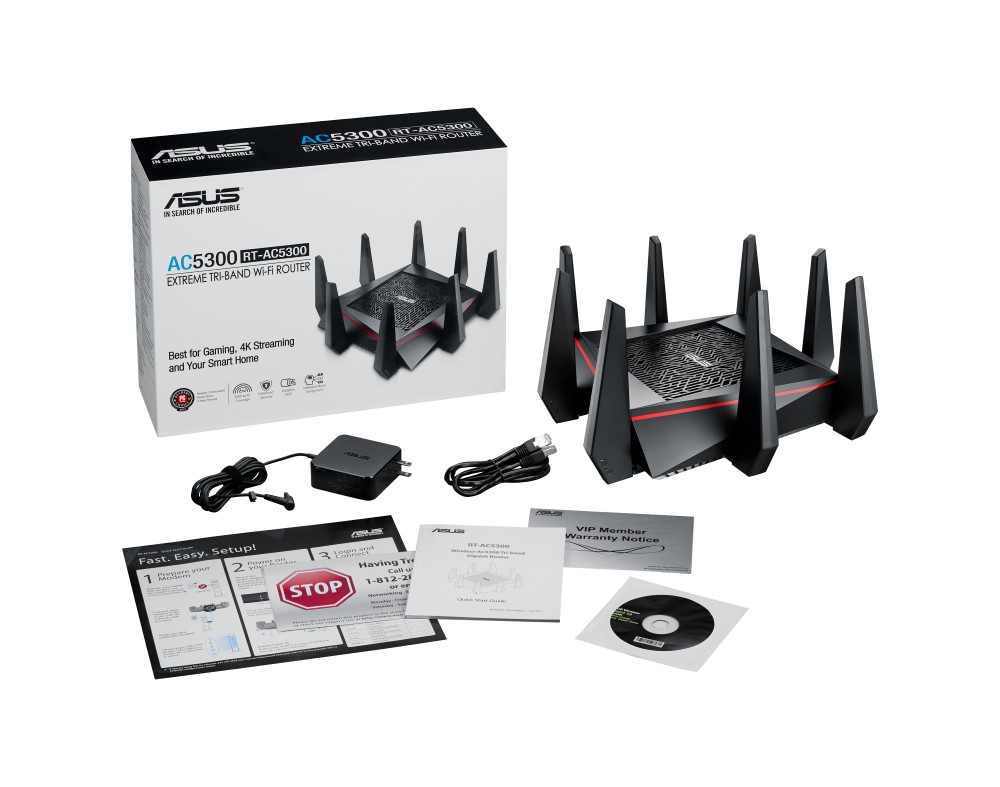 When buying your own router one of the key reasons to do so is to give yourself full control of your own home network, which can be done through traditional means or through the ASUS Router App, which allows you to monitor your network traffic in real time, share your WiFi with your family or guests easily or even update your router's firmware with ease.

One other feature of this router is that you can it can differentiate between devices that are guests or your own home devices, allowing guests to log onto the internet using your router while preventing them from accessing your internal network. This will help protect your internal network from any unwanted activity and allow your guests to still comfortably access the internet.

In essence the ASUS AC5300 is a router that is designed to give you powerful WiFi and direct control over it, but that doesn't mean that it is a slouch when it comes to wired networking.

The ASUS RT-AC5300 is designed to be a strong core to your home network, offering unparalleled wireless performance and the ability to us Link aggregation with ease. Whether you want to game, quickly distribute data through your internal network, or both over both wired and wireless connection this router is designed to handle it and offer you full control over it.

There is a lot of hardware that differentiates this router from the norm, most of all it's CPU power. While most routers use a single CPU to handle all traffic, but the AC5300 is made with heavy workloads in mind so it is instead uses a powerful 1.4GHz dual core processor and has 3 dedicated WiFi processors to handle wireless traffic for each of the 3 wireless bands, which allows this router to handle a lot of traffic at once. 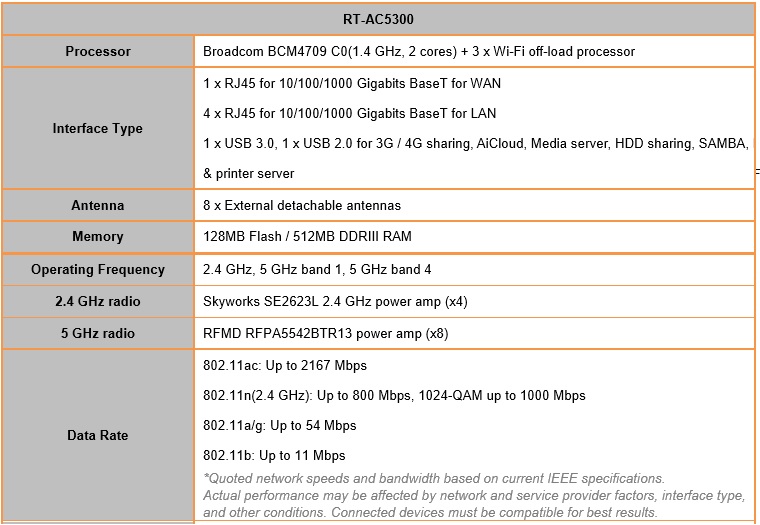 RandomBadger
I want one just for the aggressive looks, but no way I'd pay £400 for a router, although it would match my PC nicelyQuote

xcite
what is the wan -> lan (wired) troughput? no one seems to test that.Quote

tinytomlogan
Quote:
No need. WAN throughput would be 200mb/s max with the fastest internet available in the UK atmQuote

notcool
About time some proper hardcore wireless routers came out, I've gone back to wireless now for gaming as powerline is a bloody gimic, every adaptor I get dies after a year and I've tried several brands. Good review.Quote
Reply