There is a lot to like about Intel's NUC 11 Extreme kit; its form factor makes it an attractive system for anyone who values portability and anyone who values their desk space. The NUC's enclosure is barely taller than a Mini ITX motherboard, making the prospect of creating a smaller system a tough one for the DIY PC market. Beyond that, the system's barebones approach makes it a simple system to set up and use.

Setup-wise, the system was running a clean version of Windows 10. No bloatware, no problems. It just worked. Purchasers of this system can opt to purchase the system as a barebones kit (without a GPU, RAM, storage, or OS) or as a pre-configured machine from suppliers like Simply NUC (US, UK). With an 8-core Tiger Lake processor in its baseline configuration, Intel's NUC 11 Extreme is ready for practically any use case. If you need more than eight cores, you are likely building a system with specialist workloads in mind, which means that you probably aren't looking for a compact NUC.

One of the major draws of the NUC 11 Extreme Edition is its size. It is large enough to accommodate full-sized graphics cards with adequate cooling and no larger. Noise-wise, this system is also comparable with most modern pre-built systems. Performance-wise it also has what it takes to take on much larger systems under most workloads. For its size and form factor, Intel's NUC 11 Extreme really packs a punch.

Given the size and scale of Intel's NUC 11 Extreme, the entire system barely takes up any desk space and could even be set on a shelf above your main monitor. If you want a powerhouse PC that barely takes up any space, Intel's NUC 11 Extreme is an option. Its size also makes it a suitable living room gaming PC and suitable for easy moves from the office to the living room whenever a sofa-based gaming session is required. This PC is easy to transport, especially when compared to traditional PC towers. 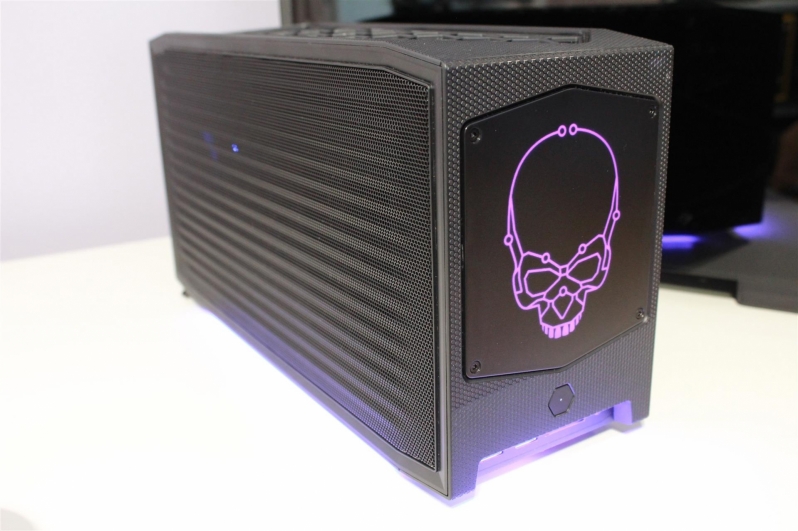 In multi-threaded performance, the smaller size and power budget of the Intel NUC 11 Extreme limits the system's maximum performance. However, these limitations are rarely seen outside of heavily multi-threaded workloads. This is why Intel's compact NUC can compete with larger, more power-hungry pre-built systems in benchmarks like PCMARK 10 and under gaming workloads.

When considering the size of Intel's NUC 11 Extreme Compute Element board, it is incredible to see that this system can compete with significantly larger desktop-grade systems. What the NUC 11 Extreme delivers is a great balance between performance, versatility and upgradability.

We played many games on Intel's NUC 11 Extreme, and with the system's RTX 3060, we quickly came to two conclusions. Intel's i9-11900KB is a capable gaming chip, and that the system's performance is primarily GPU-limited in modern gaming workloads.

For gamers, it makes sense that Intel has built their NUC 11 Extreme to support graphics cards that are larger than this system's pre-installed RTX 3060. The i9-11900KB installed in this PC is capable of high-end PC gaming, and a stronger graphics card support opens the door to high-end 4K gaming on the system.

High refresh rate 1080p gaming is easily possible with the NUC 11 Extreme, and with the right graphics card and settings, high-end 4K 120Hz gaming is also on the cards. For owners of modern HDMI 2.1 TVs, Intel's NUC 11 Extreme is capable of delivering an ultra-high-end living-room gaming experience when paired with a powerful enough graphics card. 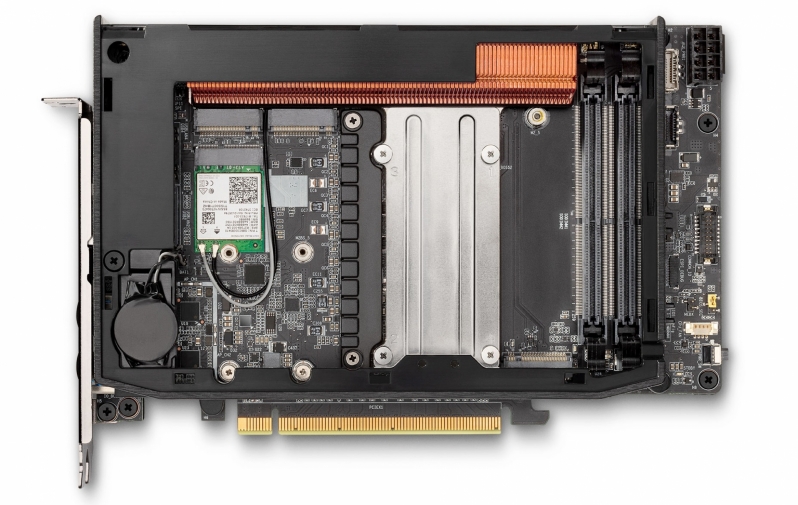 On Intel's NUC 11 Compute Element board (pictured above), users can install up to three PCIe 4.0 compatible M.2 devices and two SODIMM DDR4 DRAM modules. DRAM-wise, this allows Intel's NUC 11 Extreme to support up to 3200MHz memory speeds and up to 64GB of total memory using a 2x32GB memory kit.

Building small form factor PCs is hard work. First, you need to know the size constraints of the case you are working with, find components that meet those requirements and then consider whether or not your chosen enclosure/heatsinks can adequately cool all of the components you selected. Doing this requires research, which means that you will need to invest time to do it yourself or the money to pay someone else to do it.

Intel's NUC 11 Extreme is designed to make things simple; if you have ever upgraded a laptop's DRAM or storage, you will have the skills you need to kit out or upgrade a NUC 11 Extreme. Alternatively, you can also purchase fully configured systems online, giving you the full pre-built PC experience.

Since the NUC 11 Extreme uses a custom, smaller than Mini ITX Compute Element motherboard, you won't be able to build a PC this small with off-the-shelf parts. You can get close with some specialised Mini ITX enclosures, but you can't get smaller unless you want to compromise your system's GPU support.

This system has your connectivity needs covered. Intel's NUC 11 supports Thunderbolt 4, WiFi 6E, 2.5Gb Ethernet, and features eight USB 3.1 ports. This should also come as great news to many PC users, especially those invested in the Thunderbolt 3 ecosystem.

Simply NUC UK offers Intel's NUC 11 Extreme i9 (NUC11BTMI9 FULL) and i7 (NUC11BTMI7 FULL) models with prices starting from £1149 and £999, respectively, making Intel's NUC 11 Extreme systems an expensive purchase. Note that these systems only feature 8GB of DRAM and 256GB of storage. Higher-end models will cost more, especially after you factor in the cost of a graphics card.

Intel's NUC 11 Extreme is not a cheap system. It's designed to be compact, upgradable and highly serviceable. Unlike many other systems of this size, it can also have its CPU/motherboard upgraded with Intel's future NUC Extreme Compute Element cards. Ultimately, whether or not the NUC 11 Extreme is right for you depends on what you value. Yes, similarly powerful full-sized desktop systems will be cheaper to build, but with that comes a larger PC with more space requirements, and for many of us, the space savings offered by a NUC will be worth the additional investment.

You can join the discussion on Intel's NUC 11 Extreme on the OC3D Forums.