As a barebones PC, Intel's NUC 11 Extreme is designed to be customised, shipping without a graphics card, memory or storage. The unit itself is very easy to disassemble, though I would advise users to take care when disassembling this unit for the first time.

Most parts are easy to remove, requiring a Philips head screwdriver and some Torx bits. If you have an electronics screwdriver kit, you should have the bits you need to disassemble this system. 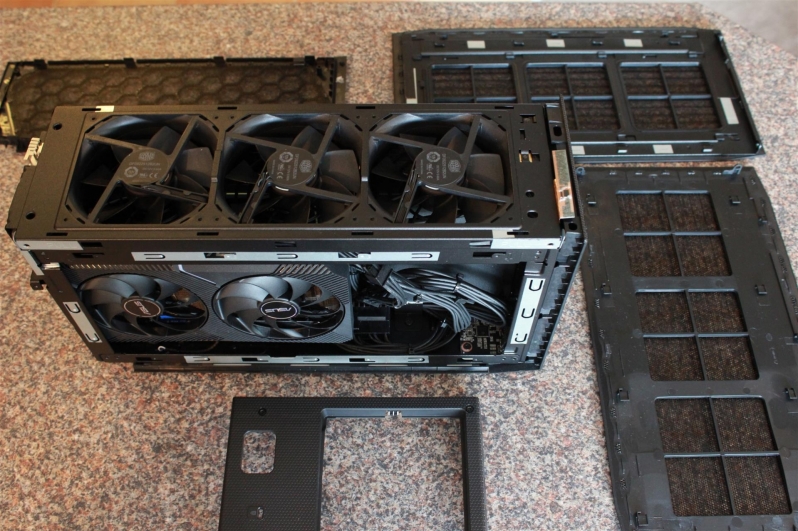 At the base of Intel's NUC 11 Extreme enclosure is an easily accessible M.2 slot that can be used to install an M.2 SSD or other M.2 compatible PCIe devices.

This is the easiest M,2 slot to access, making it a great place to start when upgrading the system after initially setting up the unit. Three additional M.2 slots are available inside Intel's NUC Compute Element board. 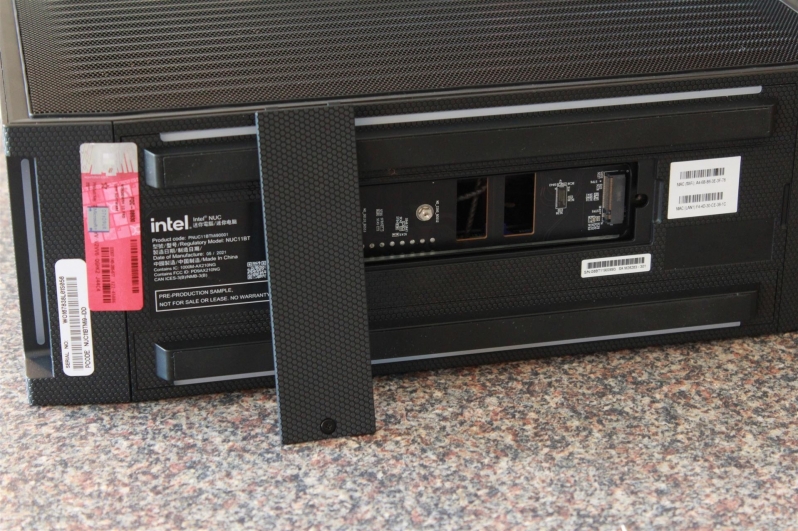 Inside the NUC Extreme Compute Element card, we have the option to install up to three PCIe 4.0 compatible (2242 or 2280 sized) M.2 SSDs. This allows this NUC to be fitted with a tonne of SSD storage, even without using the extra M.2 slot on the NUC 11 Extreme's enclosure. The card's two SODIMM slots can also be used to install a 2x32GB memory kit to give the NUC 64GB of memory, which is more than enough DRAM for the vast majority of use cases. 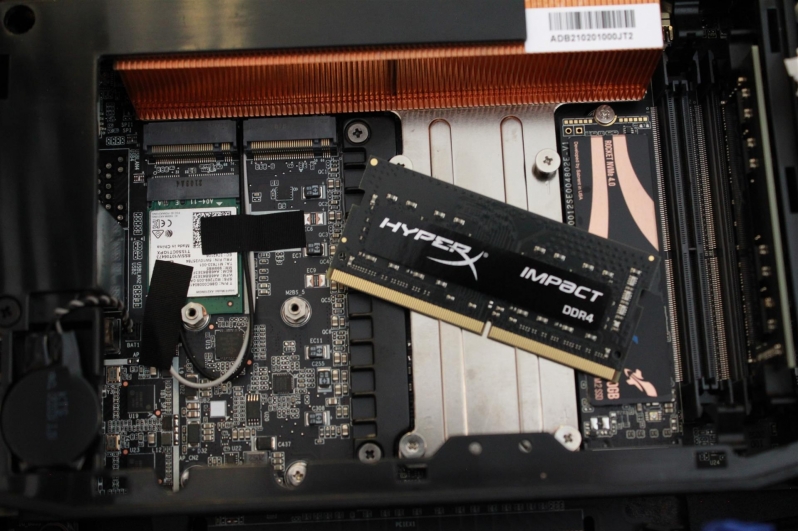 Within the NUC 11 Extreme's enclosure is a PCIe x4 slot and a PCIe x16 slot. Given the proximity of the 4x slot to Intel's NUC Compute Element card, we don't recommend using this slot as it can block airflow to the NUC's mainboard. Additionally, the PCIe slot above it is used to channel air from the rear of the case into the NUC's Compute Element board.

The PCIe 16x slot is primarily designed to be used with full-sized graphics cards, though it can be used for anything you want in reality. Since this NUC's CPU has integrated graphics, you could use it to house a PCIe X16 to 4x M.2 storage adaptor or any other crazy I/O solution you can think of. This is a barebones PC kit, so ultimately, you get to decide what it's used for. 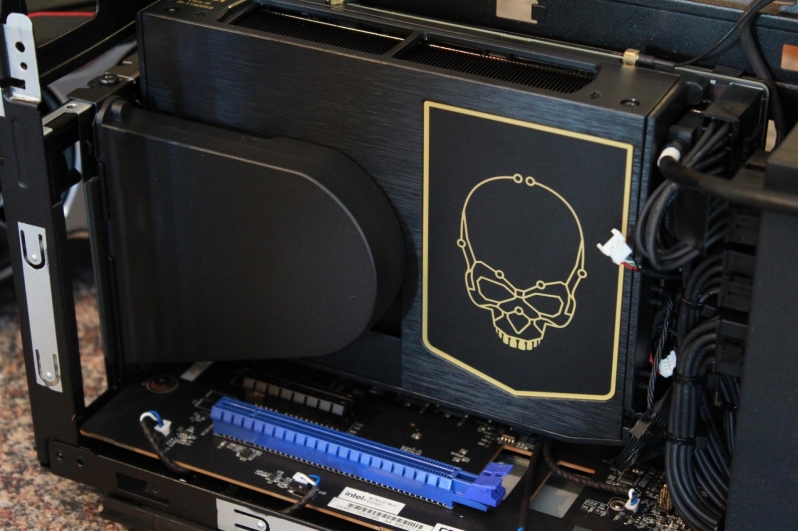