So how does Intel's NUC 11 Extreme compare with pre-build desktop systems? Over the past few months, we reviewed PCSpecialist's Quartz Elite R and Lunar Spark systems, both of which contain an Nvidia RTX 3060, just like the NUC 11 Extreme that Intel loaned us for review.

Yes, these PCSpecialist systems are both ATX in size, and yes, both contain Zotac's higher-end RTX 3060 AMP White Edition models. Regardless, we want to see how close Intel's ultra-compact NUC 11 Extreme can get to larger pre-built systems.

Remember, that Intel's NUC 11 Extreme enclosure is barely taller than a Mini-ITX motherboard. You pretty much can't build a PC this small, so please bear this in mind when comparing the benchmark results below.

These results are not surprising. With all of these systems using an RTX 3060 series graphics card, the results of these GPU-focused benchmarks were always going to be close. That said, Intel's NUC 11 Extreme manages to stay close to its ATX Ryzen 7 5800X counterpart and PC Specialists Lunar Spark system.

It is worth noting that we are comparing a system with ASUS' baseline RTX 3060 dual graphics card with systems with high-end Zotac RTX 3060 AMP White Edition GPUs. The PC Specialist systems have more premium GPU models that offer gamers higher clock speeds under gaming workloads, giving them a slight edge in these benchmarks; even so, Intel's NUC performs well, but sits behind the Ryzen 7 5800X-powered system. 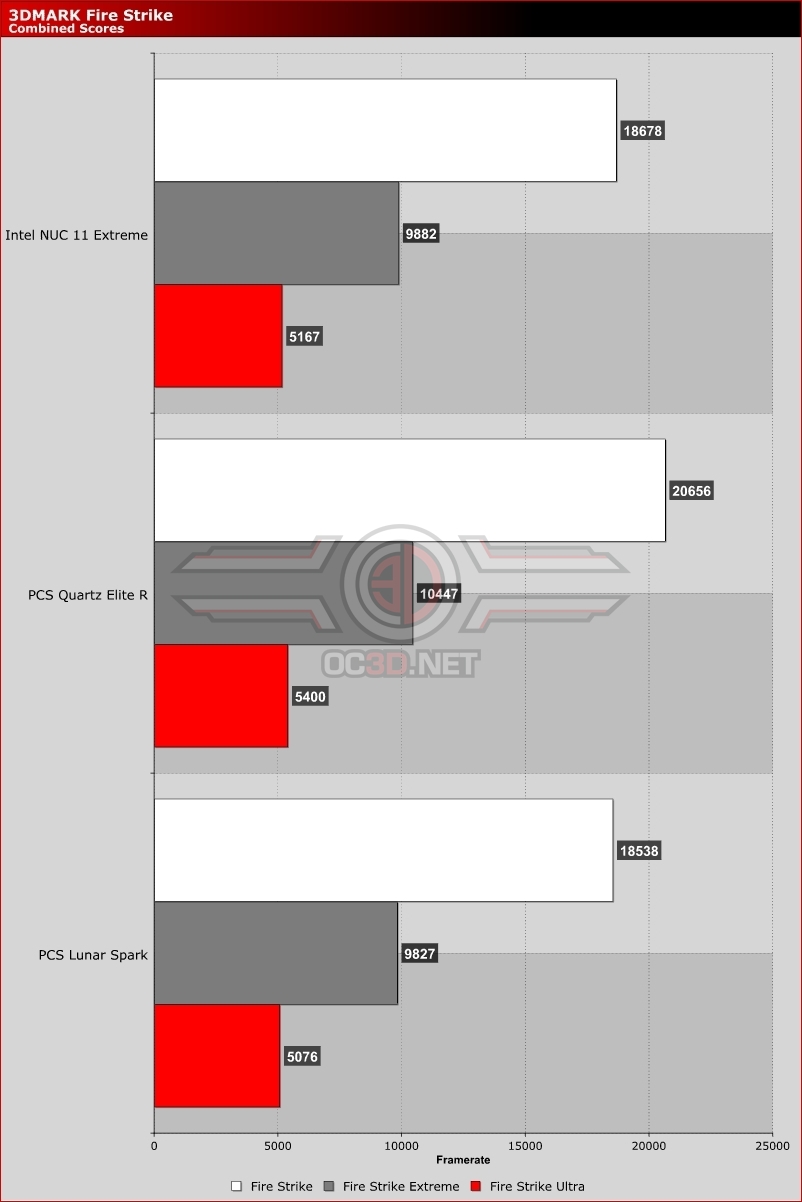 With Time Spy, we see similar results to Fire Strike, with Intel's NUC 11 Extreme sitting between both PCSpecialist systems despite using a lower-end RTX 3060 graphics card than both. Even so, the PCSpecialist Quartz Elite R system with its Ryzen 7 5800X holds a performance advantage.

The lead of the larger desktop-grade PCSPecialist Quartz Elite R system sits in at less than 10%, part of which comes from the system's higher-end RTX 3060 graphics card. The remainder of the advantage comes from AMD's Ryzen 7 5800X, a liquid-cooled desktop processor with no thermal constraints. Don't get us wrong; a win is a win for the PCSpecialist system, but this isn't a bad result for the NUC 11 Extreme. Ultimately, an upgraded graphics card would deliver the NUC 11 a win. 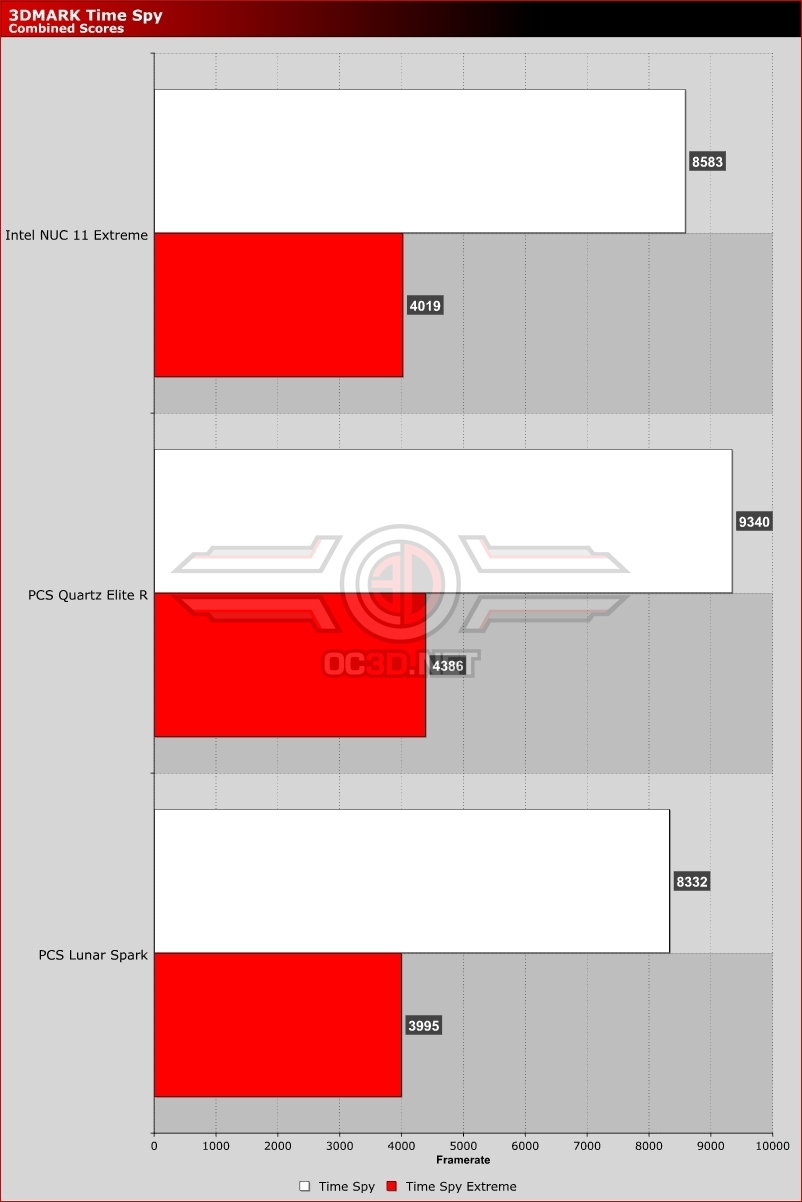 Below we have some raw results that you can use to compare Intel's NUC 11 Extreme (with Intel's i9-11900KB) with your own system. Here are results from 3DMARK's new CPU Profile Benchmark.

Notice that close to 100% gains are seen when moving from one to two threads and from two to four threads. When workloads reach higher thread counts, Intel's NUC 11 will use lower clock speeds and become power limited. That said, performance levels still rise dramatically when moving from four threads to eight threads.

Below are benchmarks from every modern iteration of 3DMARK from our NUC 11 Extreme test sample. 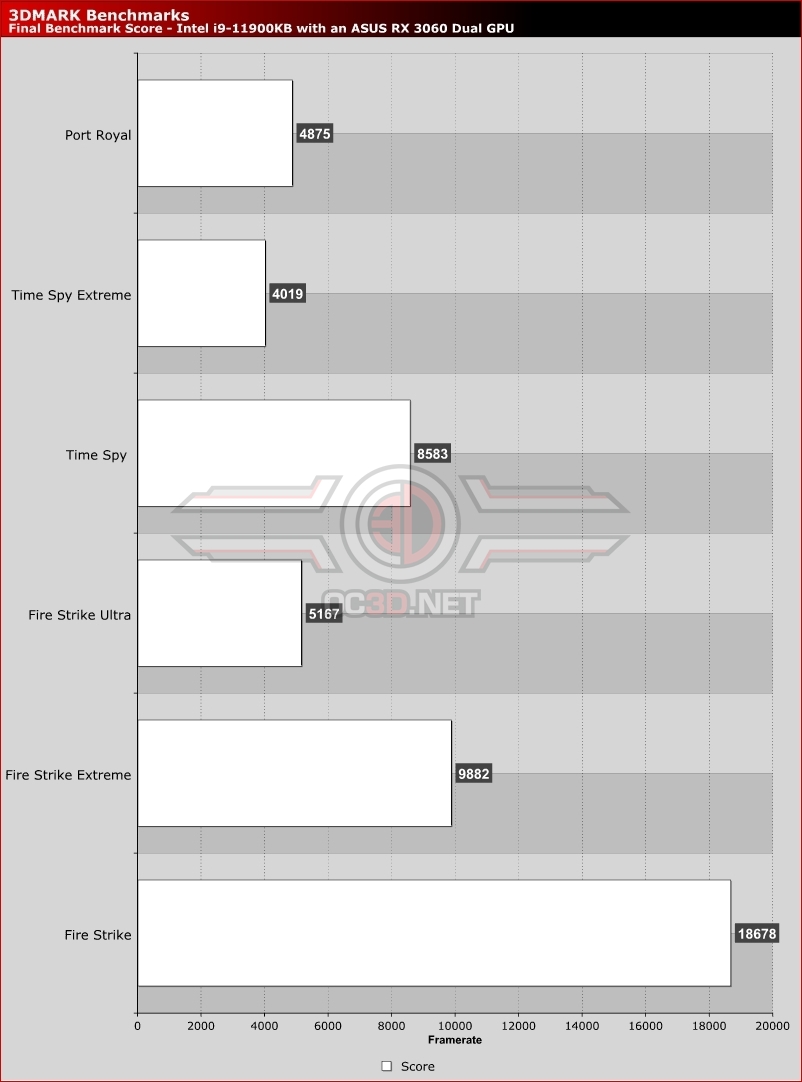