Below, we can see that the NUC 13 Extreme's i9-13900K can deliver the same levels of single-threaded performance as its full desktop counterpart, but that its multi-threaded performance is more similar to a full desktop i7-13700K in all-core workloads. The compact form factor of the NUC 13 Extreme's Compute Element card limits the CPU's maximum power draw and thermal dissipation capabilities, leaving a lot of performance on the table. 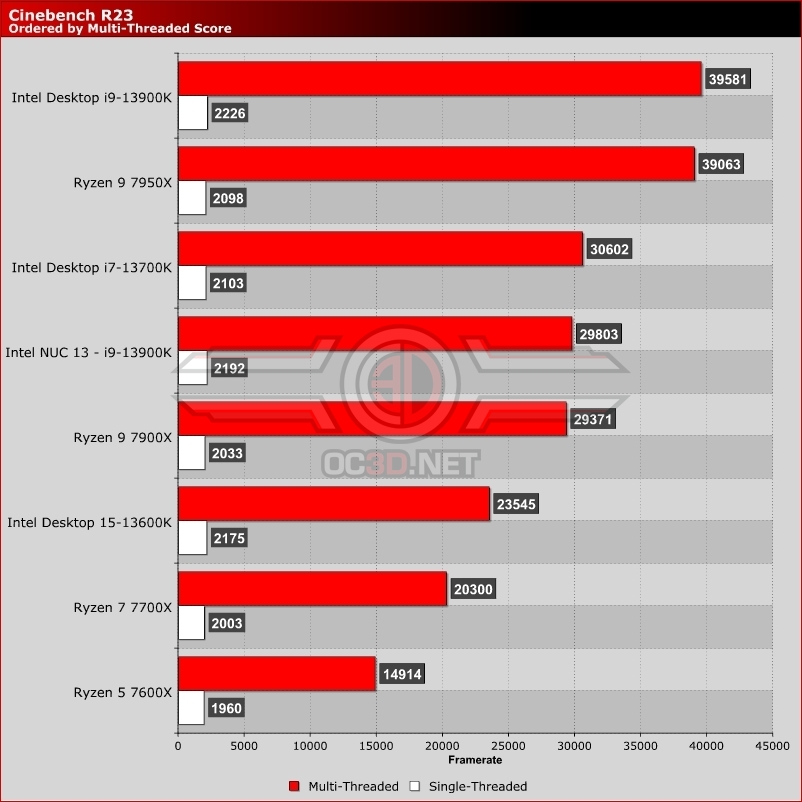 In terms of single-threaded performance, Intel's NUC 13 Extreme impresses, and unless the CPU's power limits are reached, the system's i9-13900K processor will perform similarly to its full desktop counterpart. This means that Intel's NUC 13 Extreme should excel in gaming workloads, where all-core full usage workloads are very uncommon. 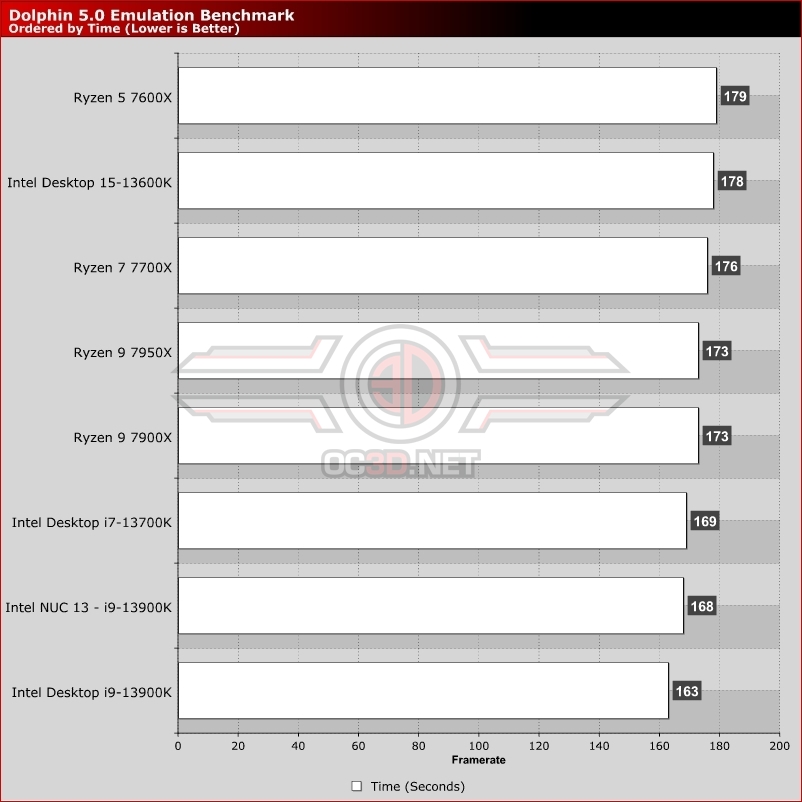