Ubisoft's newer Far Cry games are incredibly popular for CPU reviewers, as they have the ability to bring many older processors to their knees while also showcasing the benefits of features like increased cache sizes and boosts to single-threaded performance boosts.

The older Ryzen 9 3950X in our GPU test systems shows its age in Far Cry 6, delivering results that are far behind the i9-13900K inside Intel's NUC 13 Extreme. Since the release of their Zen 2 Ryzen 9 3950X, AMD has released new processors that offer enhanced cache structures, higher clock speeds and increased IPC in gaming workloads, all of which are areas that could have helped AMD's processor keep up with Intel's latest i9.

It is clear that Intel's NIC 13 Extreme system is a highly capable in gaming workloads, especially when compared to systems with older Intel or AMD processors. 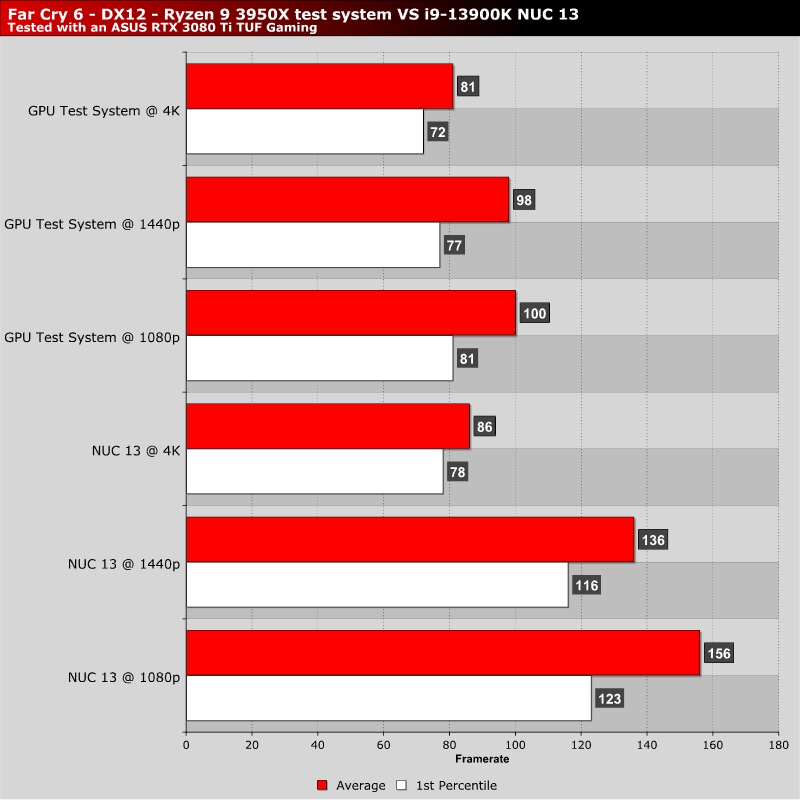 Why are we testing The Riftbreaker's demo version and not the full game? The simple answer is that the demo doesn't get updated, and that lack of updates allows us to compare scores without fearing update related performance shifts.

The Riftbreaker's CPU benchmark is another tool that highlights the benefits that are offered by modern CPU architectures. There is more to CPU performance gains than simple clock speed increments. Caching structures matters, instructions per clock matters, and so does many other factors. The Riftbreaker showcases huge performance gains for newer CPU architectures, showcasing why CPU architectural changes are increasingly focused on specific areas. Again, this is a benchmark where Intel's latest processors wipe the floor with our old Ryzen 9 3950X, but that should be expected from a processor that is three years newer. 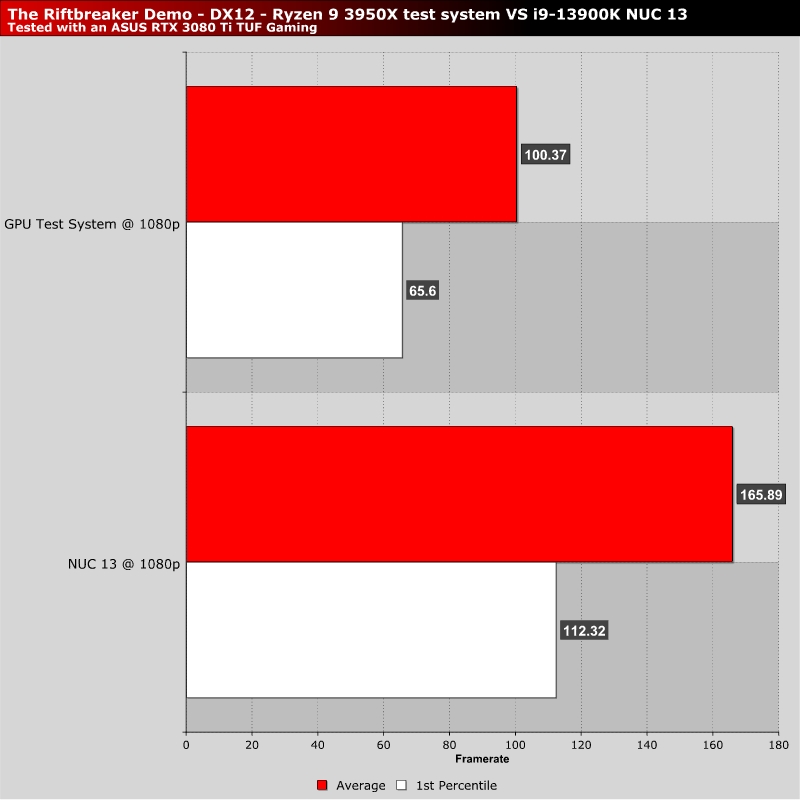