As mentioned in the specifications, the case the Aegis 3 arrived in is seriously dinky. With an optical drive at the top above the MSI logo and four RGB sections at the front along with front USB and audio jacks, the Aegis 3 packs a lot into a small package. The one area that made us chuckle are the "ears" at the top of the case which seem a curious addition until you pop your headset on them, then it all makes sense. 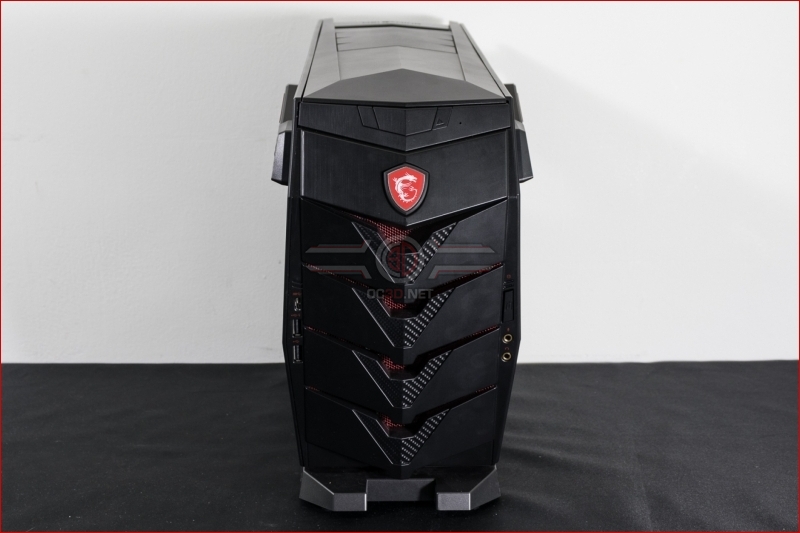 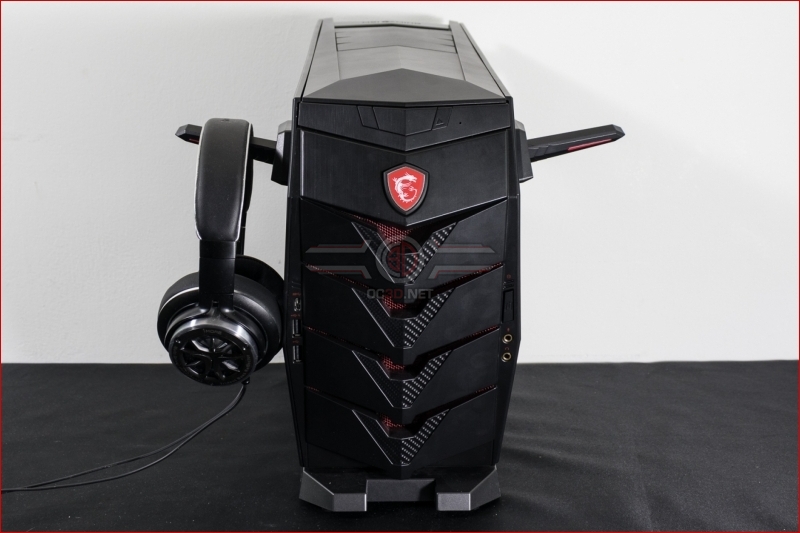 Around the rear you get a much closer idea of how the Aegis 3 not only is small, but rather oddly packaged. Not only is the motherboard the other way to that which you'd expect, the GPU is vertical, and facing the opposite way to the motherboard. You can also see the small space into which the PSU has had to be fitted, which makes the use of a 450W Bronze number a little more understandable. There aren't many PSUs that would fit into that gap. 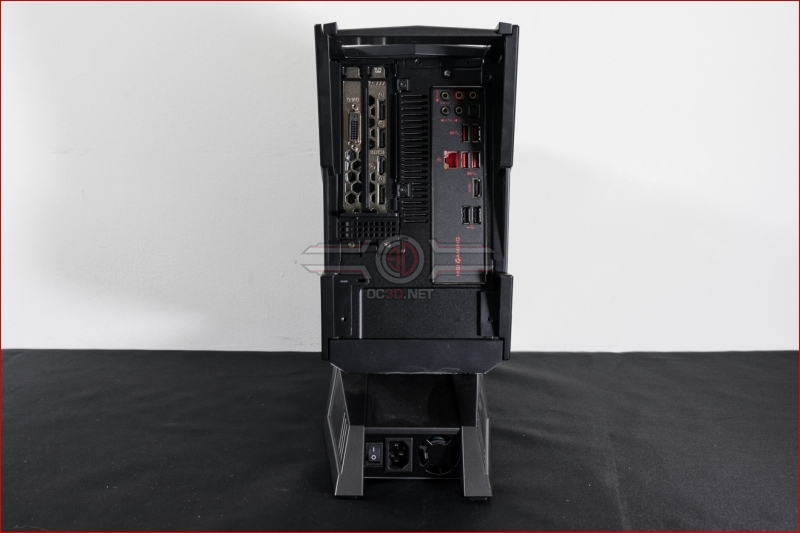 The usual side panel side reveals the reverse of the motherboard alongside the Optane memory and more usual M.2 storage. The eagle eyed amongst you will have also spotted the underside of the 2TB data drive.

The side which more usually contains the above, is actually where you'll find all the hardware. Take a moment to look at the fans on your graphics card and extrapolate them to the fan here, and you can get a better indication about the diminutive stature of the MSI Aegis 3. This side impressively lights up when the system is on. If ever a tower deserved to sit on your left hand side, this is it. 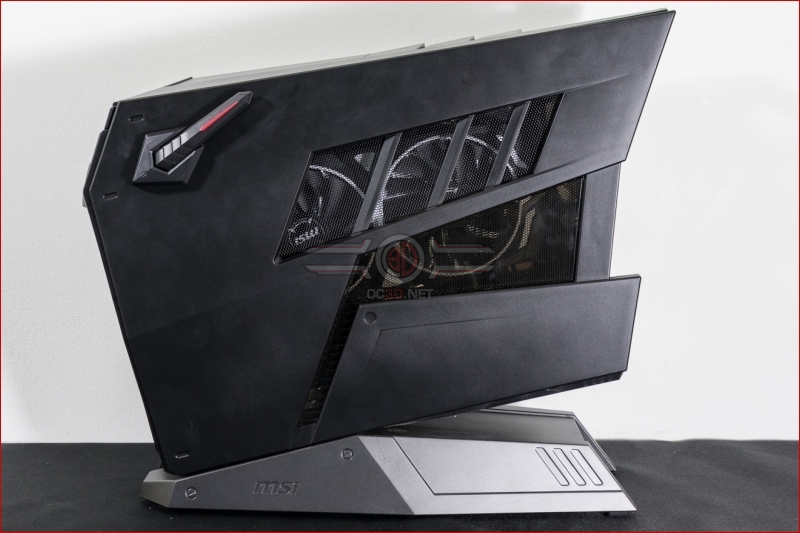 With the side off the effort involved in fitting everything into the case becomes clear. You can have it tidy, or you can have it compact. Clearly the Aegis 3 falls very much on the compact side of things. You would need fingers like needles to be able to route all the cables successfully, even if this complicated arrangement means that any future upgrades would be a proper ball ache to implement. 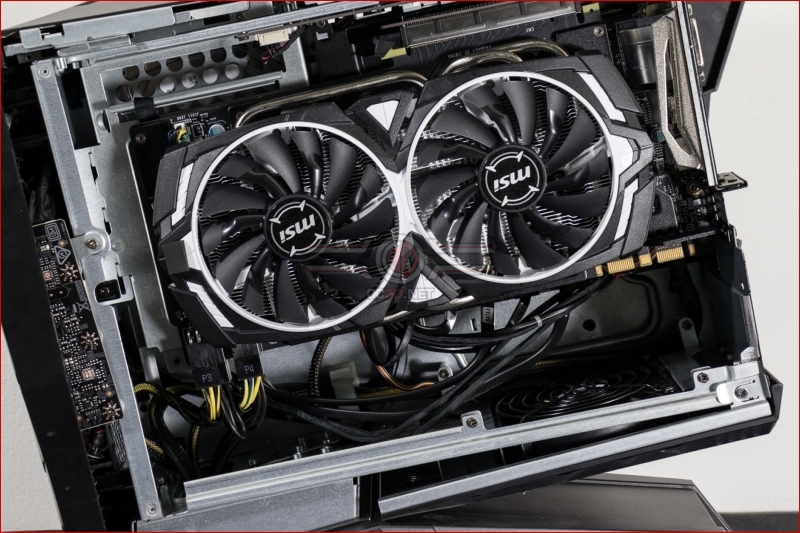 Lastly a couple of shots - as best as we can manage - of what lies beneath the graphics card. A massive riser and bracket enables the GPU to be positioned as it is, whilst a blower fan and some heavy duty copper heat pipes provide all the CPU cooling. We have to confess some trepidation as to the volume of this particular fan when the going gets tough, but that's what we're here to test. 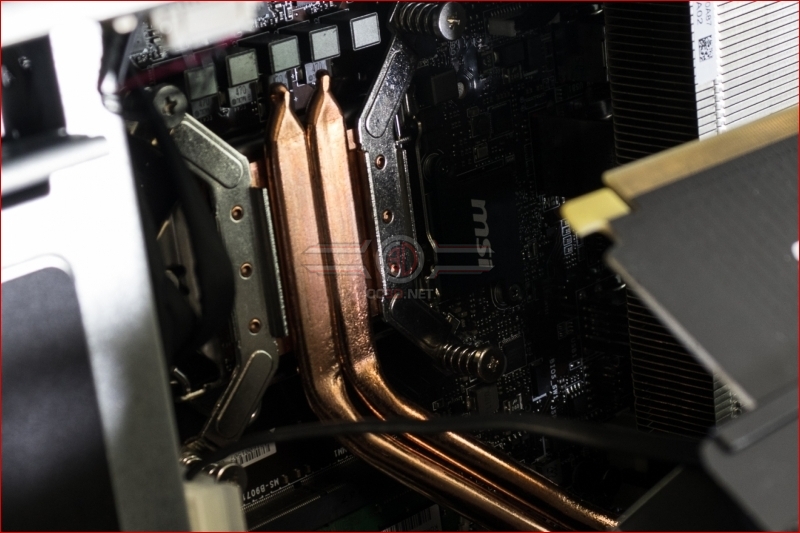 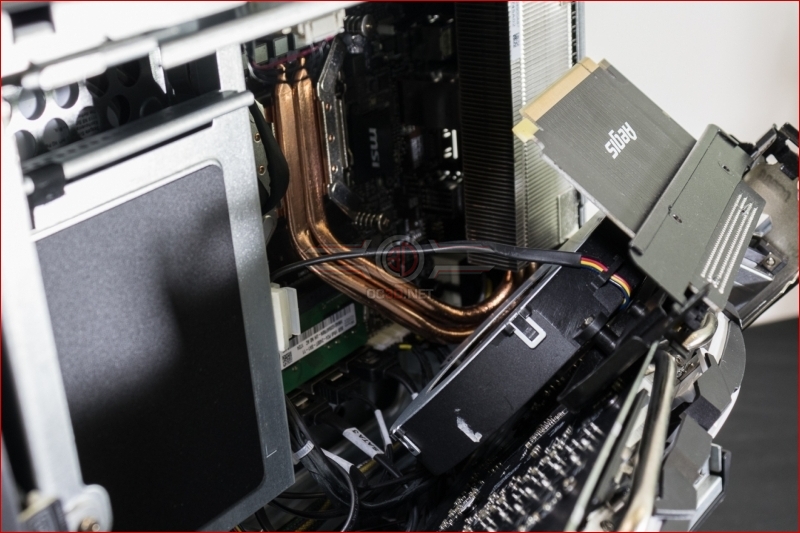