The primary drive in the Aegis 3 is a seriously zippy number with massive read speeds and not inconsiderable write speeds. As modern games explode in size you'll definitely be taking advantage of the additional data drive, and that has a neat trick up its sleeve. 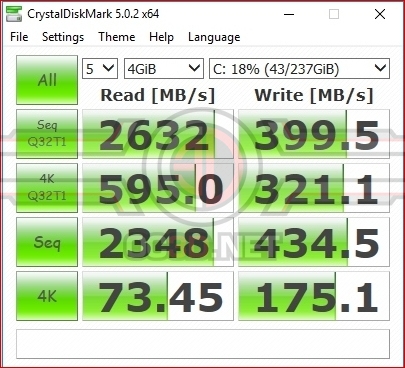 The Aegis 3 has a 2TB mechanical drive for data storage, but also is equipped with the Intel Optane memory that seriously boosts the speed. I've written about the Intel Optane tech before in our main review, but for those of you who haven't been brought up to speed, it uses a memory device that attaches via software to the drive and keeps an eye on what files you're requesting. By keeping them in memory it seriously speeds up your load times as you can see below. Naturally the first time you load up it has no effect as it's storing them on the Optane memory, but the next time things are much more in keeping with the speeds you'd expect from a SSD, rather than a mechanical drive. 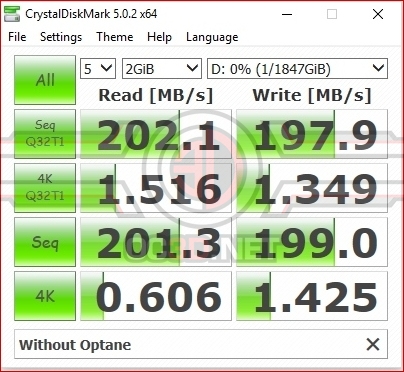 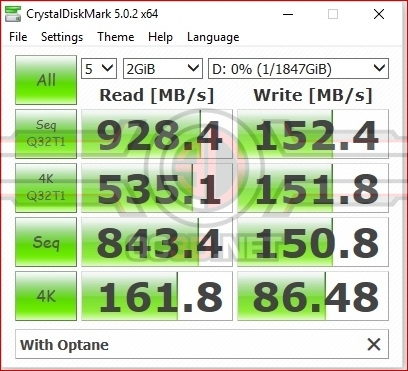 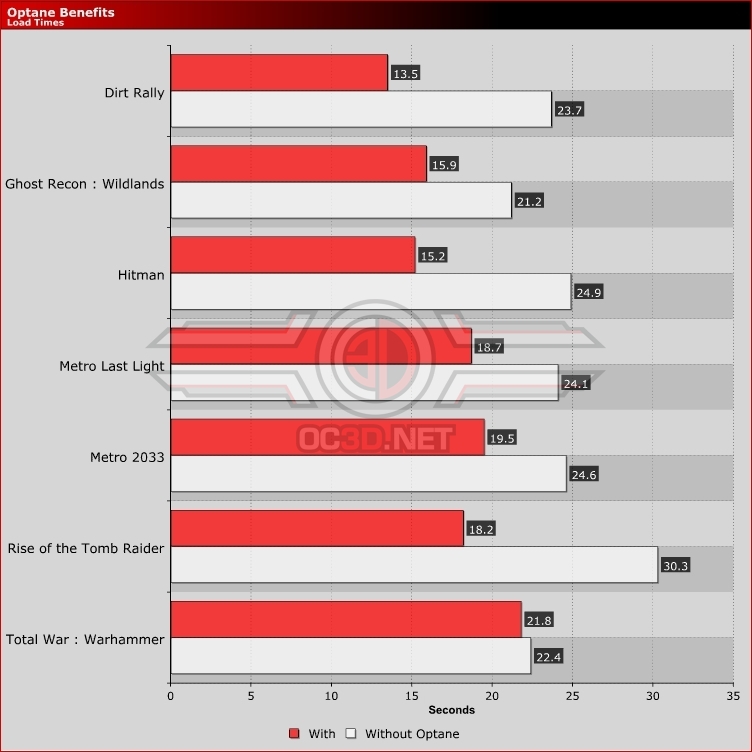