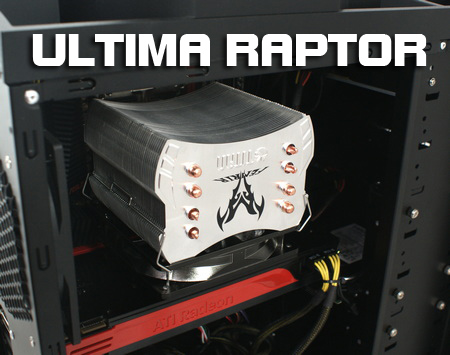 The main benefit of buying a rig such as the OCUK Ultima Raptor is that you just take it out the box, fire it up and you're gaming. So of course we'd be foolish not to do so ourselves.

A 4GHz Six Core processor and one of the premium graphics cards on the planet just screams out for the playable, graphical showpiece that is Codemasters Dirt 2 in all its DirectX 11 glory.

Even with all our settings on a metaphorical 11, the Ultima Raptor has no issues at all with proving just under 75 frames per second average.

Electronic Arts reboot of the Need For Speed franchise is well loved around the OC3D offices. It perfectly balances on the knife edge that is between arcade and simulation, managing to keep both camps satisfied.

With the tracks and cars being sumptuous to look at, detail and those small touches everywhere you look, and the settings all the way up to the stops we still see just under 80 FPS average.

Good old Crysis Warhead. Still making systems hide in a darkened room at the mere mention of it. Despite it unsurprisingly being a performance hog it actually highlights a good point that has so far not really stood out in our testing.

With an ATI card all the PhysX has to be handled by the CPU, thanks nVidia, and the extra cores of the Phenom II X6 1090T really shine giving an immense boost to the minimum frame-rate. 34 FPS is the kind of figure that not too long ago we'd have been happy with as an average. It's WAY above any other minimum rate we've seen.