At the top half of the case we can see the Corsair cooler hiding the Ryzen 9 3950X, 16 cores of well over 4 GHz clock speed to make mincemeat of any calculative task you assign to the Gladius R9. 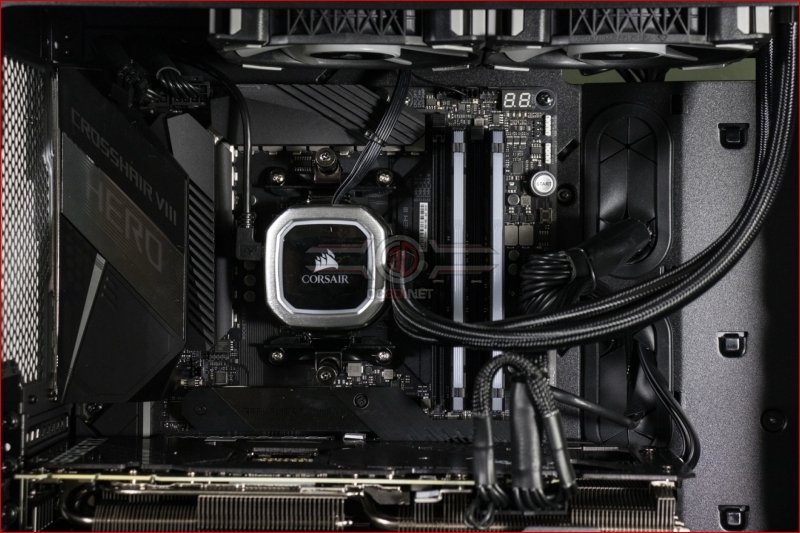 The belle of the ball and the reason that the PCSpecialist Gladius R9 will sit at the top of any performance chart you care to name, the ASUS TUF RTX 3090 brings the new flagship Nvidia GPU to the party. We've already seen how unbelievably powerful this card is and there is no reason to believe that the TUF won't continue to annihilate FPS records. 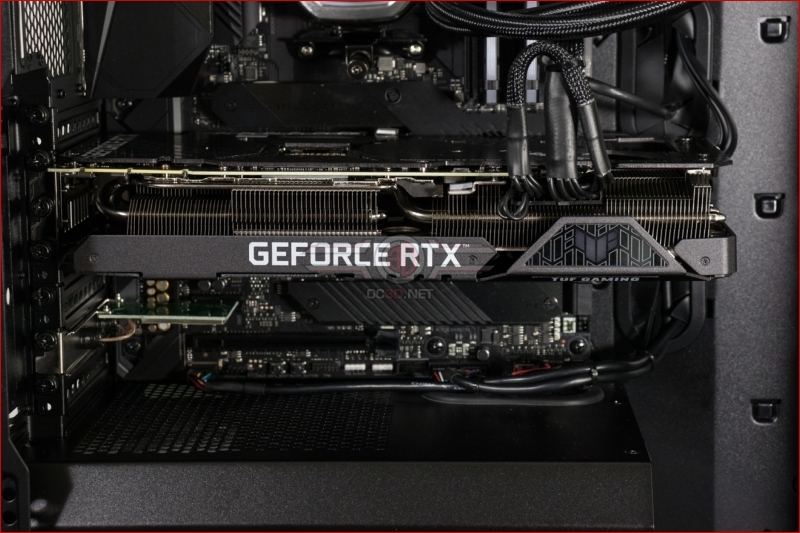 Bringing fresh cool air into your system is almost more important than exhausting the hot stuff, and with three Corsair LL 120mm fans sucking unworked air across the components nothing will overheat. 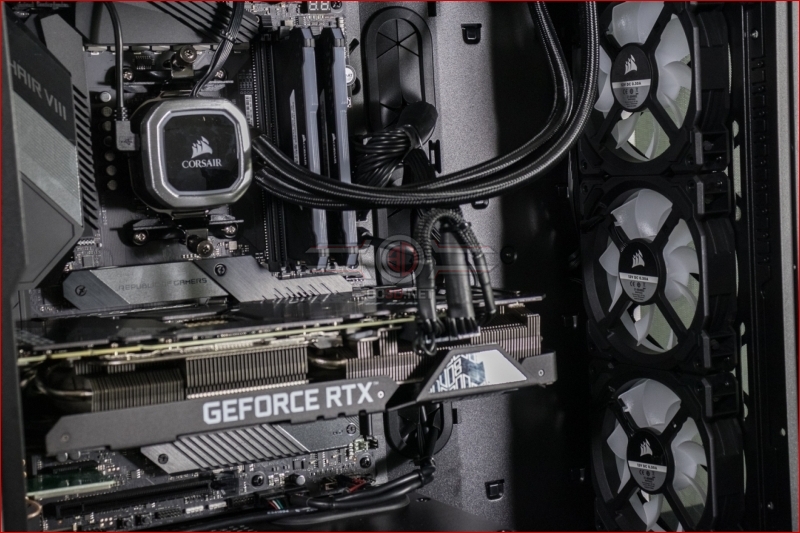 As we will see later on the 240mm Corsair AIO has enough cooling capacity to keep the Ryzen 9 3950X under control, which is an impressive feat, particularly considering how quietly it runs under all but the harshest loadings. 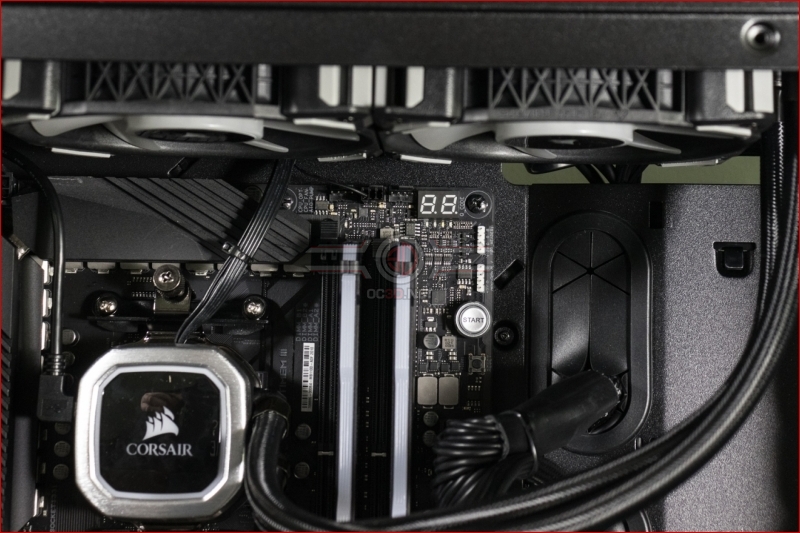 The Crosshair VIII Hero has a whole array of connectivity options with plenty of high speed USB ports in both Type-A and Type-C form, with two LAN ports and the audio jacks. Somewhere to plug things in won't be an issue on the newest PCSpecialist system. 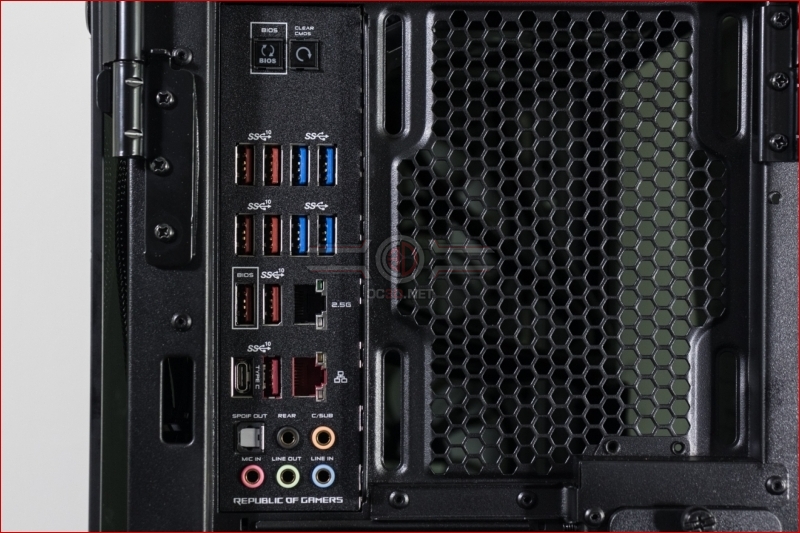 The lower half of the Gladius R9 has the two HDMI 2.0 and three DisplayPort 1.4 ports that are familiar to us from our time with the RTX 3090. The additional WiFi card gives excellent speed and works from much further away than many WiFi solutions we've tested. 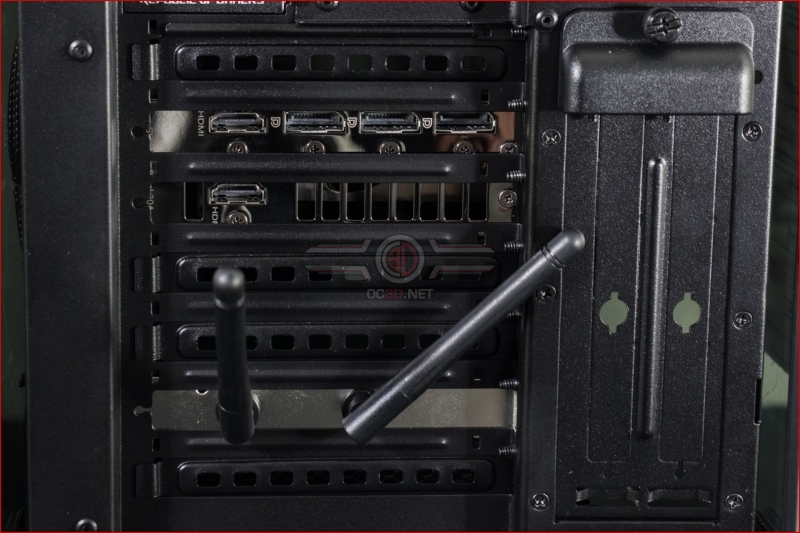 Lastly around the back the Corsair Commander allows you full control over the lighting and intake fan speeds, whilst also leaving you room for expansion should you feel that missing exhaust fan is important. 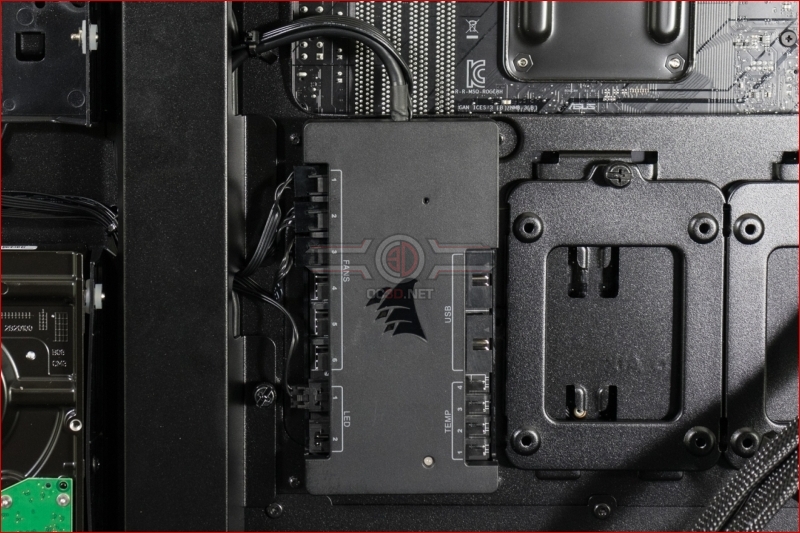