Up Close - The Internals 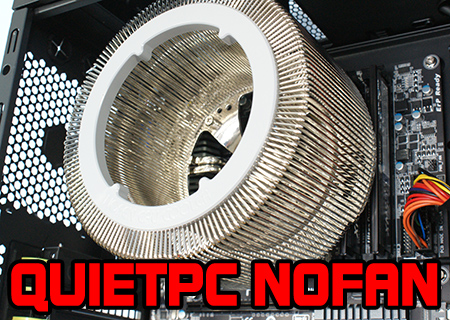 Of course the Nofan CR100A CPU Cooler dominates the internals. We've reviewed this before and absolutely loved it, both for its silence (duh) but also its ability to keep even a quad core CPU within thermal tolerance limits. It's a beast of a thing but not that much larger than any dual tower CPU cooler you care to mention. 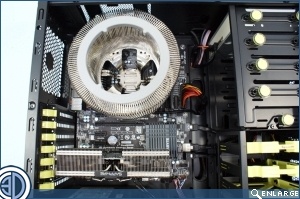 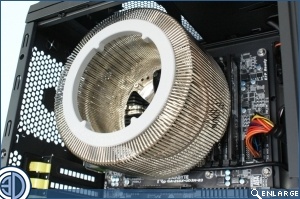 Graphics are provided by a Sapphire HD6670 passive GPU. Sure you're not going to smash the latest titles into oblivion with it, but that's hardly the point. What it's perfect for is giving you a lot of connectivity options, media acceleration and enough power to run some sensible games if you so choose.

Below that is the 400W fanless Nofan PSU, ensuring that when you press the power button you'll be entirely unaware anything has happened until Windows appears. 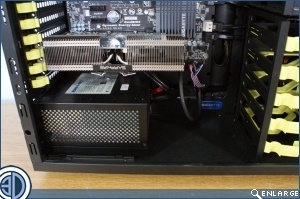 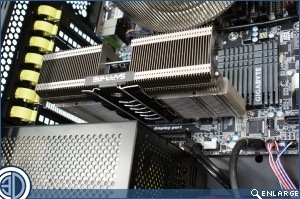 Mechanical drives are way noisier than you expect them to be, and the vibrations they produce bring havoc to your quest for silence. Hence the 120GB Zalman SSD in the hot-swap bays of the Nofan case.

Even in this fairly large case the CR100 cooler definitely catches the eye. As well as those rather gaudy yellow highlights. 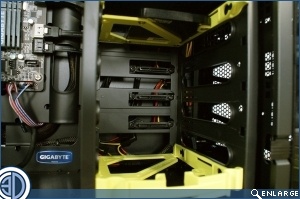 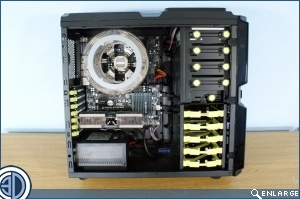 FTLN
Nice review Tom,, You not gonna try any overcloking on it ???

Would be good to see how far the cpu cooler could go....

Actually I think 86c is pushing it a bit already.....Quote

Firat
Quote:
If it hits mid 70s @ stock, overclocked it will cook the CPU heatsink

FTLN
Quote:
Yep, but would be intresting to watch