It doesn't take a genius to understand that we enjoy building our own systems here at OC3D. The benefit of having a breadth of vision is that we appreciate we are, by an enormous margin, the minority.

Most people, perhaps rightly, don't want to be bothered with the faff of working out which pieces of hardware they need, remembering which parts will work best with others, which ones they need, putting it all together, testing, perhaps returning DOA hardware etc etc. In fact now we put it like that it seems amazing that we go through the effort of it.

Wouldn't it be great if you could just have a budget, buy something that will arrive in a "plug in and have fun" condition without putting aside a day or two to get things sorted?

Entering the fray is UK Gaming Computers. Actually, 'entering the fray' is doing them a great disservice. They've been around a long time and have quietly built a highly respected corner of the market. They are however new to us, so we thought it was the perfect opportunity to pour over one of their systems that fits very much into the meat of the system marketplace, the Ares. A system built around the gaming stalwarts of an Intel Processor and an nVidia graphics card.

Can you really handle modern games for under a grand? Let's find out.

The range of hardware included in the Ares reads like a who's who of outstanding value components. The Maximus VII Ranger blew us away with its price and performance, and similar expressions of excellence can be lain upon the doorstep of the CX 750W PSU, the Samsung Evo 850 SSD and the Fractal R5 case. The two stars of the show are obviously the i5 4690K which has been overclocked to a monstrous 4.6GHz, and the ASUS Strix GTX970, a graphics card with enough power to handle anything you can throw at it. 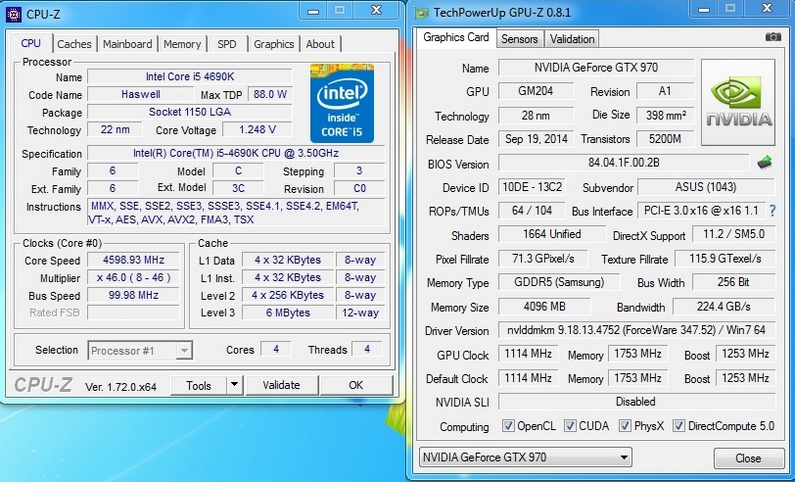 Thelosouvlakia
Pretty damn impressive!
Makes me feel sad that in Greece NO COMPANY offers pre-build systems with such high quality components. FX-8320s on cheapy ass motherboards, 700W cheapo OEM psus and some low end gpu and they get a 800Euro price tag.Quote

barnsley
I'm not overly impressed with the component choice but I must say the warranty is very nice.Quote

, I've always shied away from pre built systems but I have to admit they're getting better, it's a great option if your wanting a tight system right out the box. Honestly though I much prefer getting more hands on and making her live myself.. it's almost spiritual.Quote
Reply