ASUS has confirmed that their ROG division is working on new X570 motherboards, passively cooled models that are due to launch in Q3 2021. This announcement seemingly confirms the rumours of AMD's X570S (silent) chipset, which means that we will probably be seeing a lot of new AMD motherboards at Computex 2021.

At this time, it is unknown what has changed to make X570 passive, though it is probable that AMD has managed to lower the power requirements of their latest X570 chipsets, either through new optimisations, a revised chipset design or a change in process tech. We expect to hear an official announcement from AMD at Computex.

ASUS' ROG Division has confirmed that they have new ROG CrossHair VIII and ROG Strix X570 motherboards in the works, both of which will feature a passive chipset cooling. This should come as great news to PC builders who despise tiny fans, which can often be the loudest fan within a system. This is especially true for systems that are built with quiet cooling in mind. 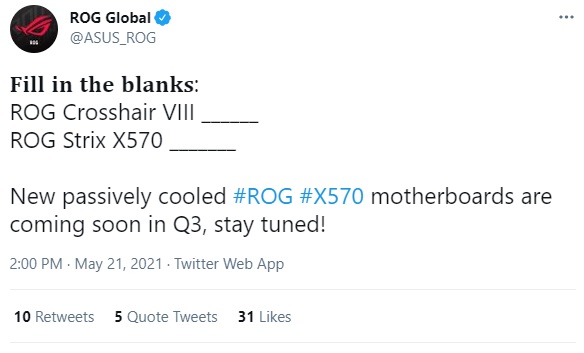 You can join the discussion on ASUS' Passive X570 motherboards on the OC3D Forums. 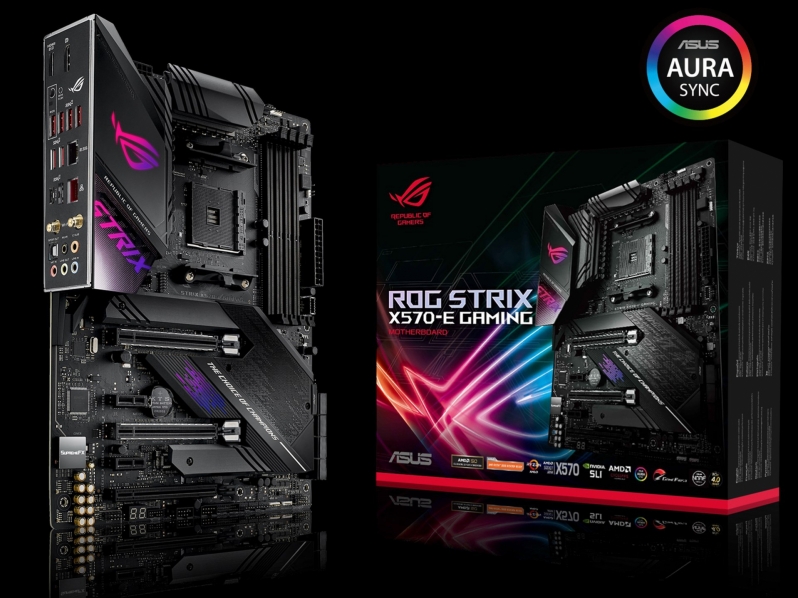