The Crysis Remastered Trilogy is launching this October

Crysis 2/3 Remastered are coming to PC on October 15th

The Crysis Remastered Trilogy is launching this October

On PlayStation 5 and Xbox Series X, Crysis 2/3 Remastered will support HD Textures, 60 FPS gameplay, improved lighting, and enhanced characters, weapons and environments. On these consoles, the game will also operate at dynamic resolutions of between 1080p and 4k. Crytek has already confirmed that the PC version of these games will support ray tracing and that ray tracing will not be present on Crysis 2/3 Remastered's console versions. 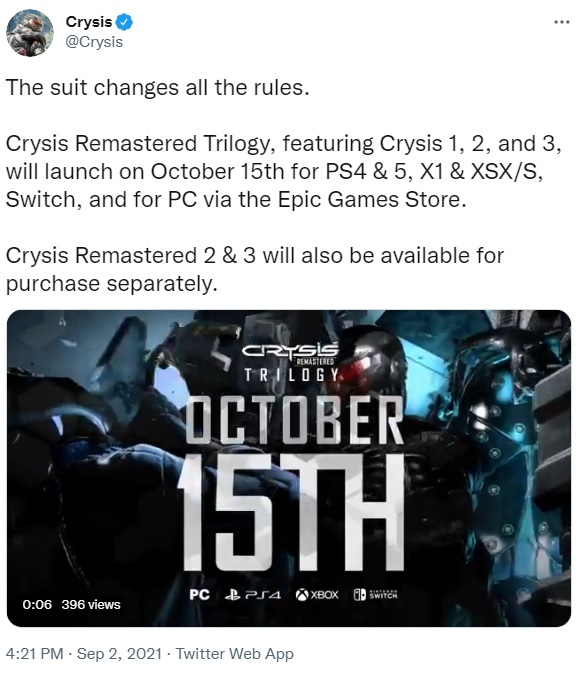 You can join the discussion on the Crysis Remastered Trilogy's release date on the OC3D Forums. 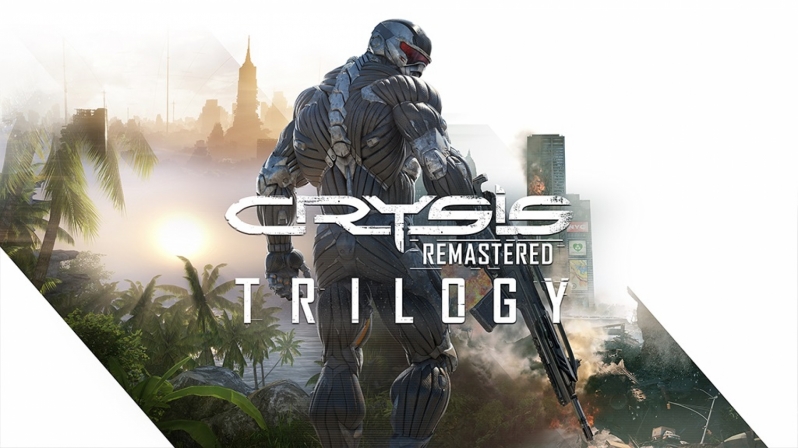 WYP
Quote:
Yeah, I hate how Crysis Warhead is getting glossed over. It's sad.Quote

Dicehunter
And just like the 1st remaster, 2 and 3 on PC will take a year to fully patch into a finished product.Quote

Damien c
Have they actually fixed the first one yet?


Does it still have jittery aiming and ADS delay?


Can you actually change the keybinds etc now?


Been a while since I tried it but there was multiple issues with it, and I am tempted to try it again but not sure.Quote

Dicehunter
Quote:
It's still not even close to what it should've been.Quote
Reply