Is there a colour options that you want to see?

Two new versions of Corsair's Crystal series 570X chassis have become available at the UK retailer Scan, coming with white or black/red colour schemes.
These two new colour options will come with the same RGB fans and illumination as Corsair's standard black version of the chassis and the same internal layout. The only changes are in the colour scheme of the chassis, nothing has changes functionally.
The red/black version of this chassis will come with many red highlights, which included the screws for the case's tempered glass front, side and top panels. The white version used the same black screws as the standard version, though the chassis and front fan grill are now white, offering a striking aesthetic that would be perfect for an arctic/ice themed PC build. 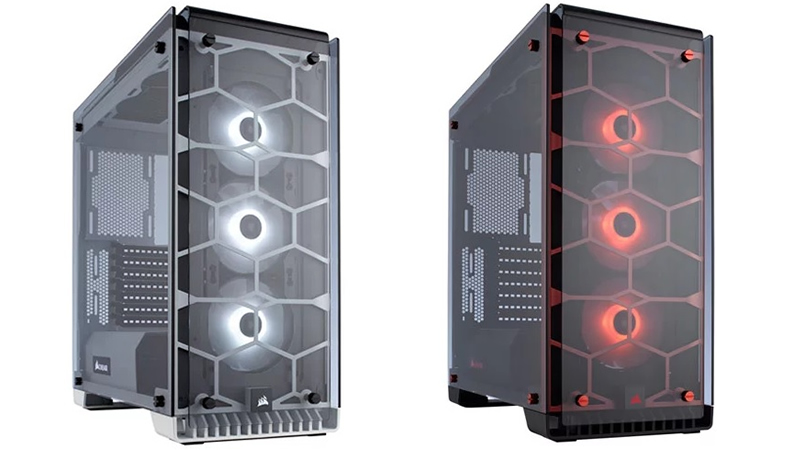 Both of these cases are now available to Pre-order at Scan, with prices that are slightly higher than the standard black version of this chassis.

You can join the discussion on Corsair's White and Red 570X series cases on the OC3D Forums.

Greenback
I'm so tempted on that white oneQuote

S_I_N
love the white wish it was available when I got mine. But forgive me making the screws and filters red does not make a red case. At least with the white one they painted the chassis white.

And the white one has been a Newegg exclusive for several months already.Quote
Reply