Fractal has just launched their Lumen series of liquid coolers, featuring a new pump design, updated fans and a lot of RGB lighting. The CPU cooler will be available worldwide with six models, shipping with 240mm, 280mm, and 360mm radiator sizes and both with and without ARGB illuminated fans.

This variety of radiator sizes should allow Fractal's latest Closed-loop Liquid Cooler to be supported in practically all modern PC cases and offer ample cooling potential to all mainstream processor designs.

With their new Lumen series of liquid coolers, Fractal's promising high-end cooling and a "Duality Design" that offers users a stealthy appearance when the unit's RGB lighting is disabled and a premium ARGB look when your motherboard controls the unit's lighting.

Featuring a duality design that lets you customize your water cooling all the way from subtle to stunning, the new Lumen comes with six addressable LEDs and connects directly to your motherboard or controller. Lumen is designed to be as easy to work with as possible – that’s why we’ve included our latest Aspect fans, pre-applied the thermal paste, and ensured compatibility with the most common Intel/AMD sockets.

You are also spoiled for choice for how to control the color effects – pre-installed settings include Asus AURA, Gigabyte Fusion, MSI Mystic Light, Razer Chroma and ASRock Polychrome support. All in all, Lumen offers high-end cooling performance and premium ARGB effects for any build.

Fractal has stated that their ceramic pump runs with acoustic noise levels of 22 dBA, making the pump virtually silent in most domestic settings. The Aspect fans that ship with these coolers also offer noise levels of 35.5 dBA at their highest speeds and much lower noise levels under most circumstances.

- A stealthy and illuminated look, controlled from your motherboard RGB UI
- Six ARGB LEDs are yours to command via your motherboard or controller
- The removable top can be turned at 90-degree intervals for a horizontal logotype
- Pre-applied thermal paste ensures an easy installation
- Supports the most common sockets for both Intel and AMD
- Aspect fans for low turbulence and chaining support
- Articulating elbow fittings make tubes easier to route and reduce tension
- Current certifications include Asus AURA, Gigabyte Fusion, MSI Mystic Light, Razer Chroma and ASRock Polychrome support
- Low-permeability rubber tubes with braided nylon sleeves 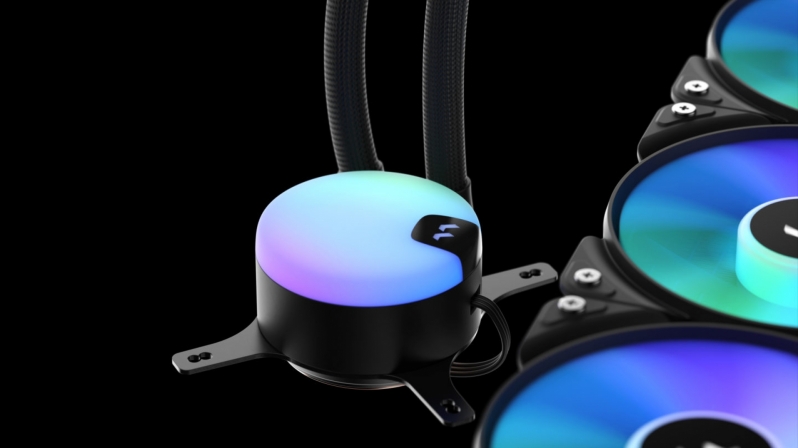 Fractal's Lumen Pump top is removable and can be turned at 90-degree intervals so that its logo can be horizontally aligned in all systems. 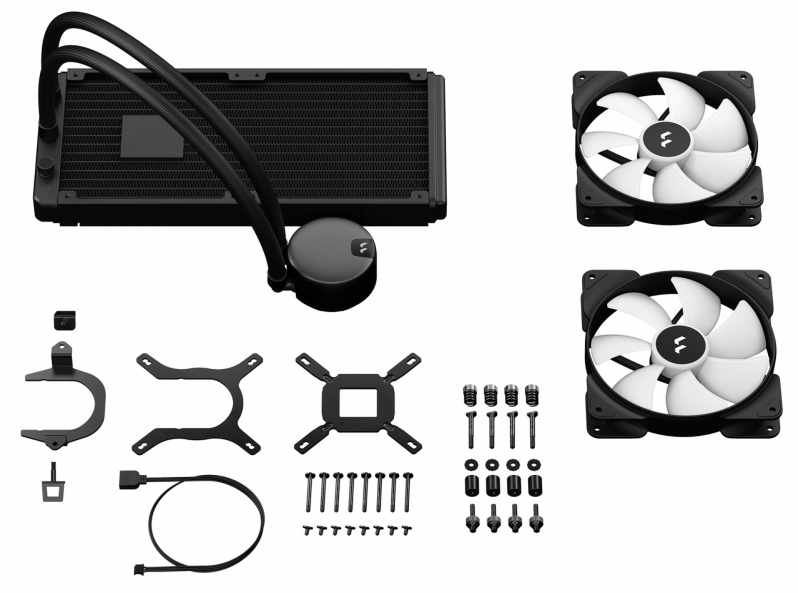 You can join the discussion on Fractal's Lumen series of RGB Liquid Coolers on the OC3D Forums.

m2geek
Looked great, till I saw what mounting mechanism they're using for AM4.

Dawelio
Quote:
Same feeling and thought. Using the ToolIt or whatever the alternative mounting to Asetek is called.Quote
Reply