ASUS' ProArt series now has what appears to be one of the best studio monitors available, a reference monitor that features an OLED screen, self-calibration features, and 99% coverage of the DCI-P3 colour space. 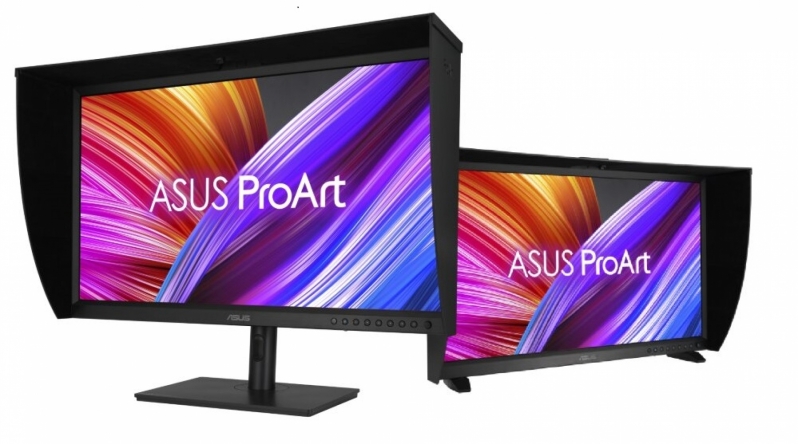 One of the key features of the ProArt PA32DC is its self-calibration features. The monitor ships with a built-in calibrator that can be used to ensure that the screen is correctly calibrated for both HDR and SDR content playback. This feature can protect users from colour drift with regular calibrations, ensuring that the monitor remains accurate long-term. ASUS' ProArt 20. calibration software can be used to recalibrate ASUS' PA32DC.

Another useful feature of the ProArt PA32DC is its built-in carry handle and its support for portable-friendly feet. The screen also supports a light protection hood. These features allow the PA32DC to be used on-set and for the screen to be adequately protected.

At launch, ASUS plans to release give away free 3-month subscription to Adobe Creative Cloud to purchasers of their ProArt series monitors. More information on this promotion is available here.

ASUS plans to reveal the pricing and availability of their ProArt PA32DC monitor at a later date.

You can join the discussion on ASUS' ProArt PA32DC OLED Monitor on the OC3D Forums. 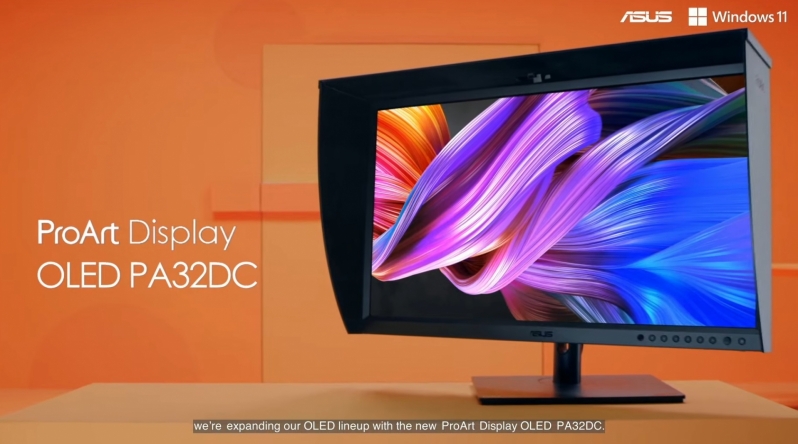