Gigabyte has revealed revision 2.0 of their RTX 3060 Ti GAMING OC PRO graphics card, offering gamers a thinner variant of their graphics card while retaining the same GPU specifications as before.

Thanks to @momomo_us and @harukaze5719 on Twitter, we know that Gigabyte's new RTX 3060 Ti Gaming OC PRO model features a thinner heatsink design which allows the GPU to fit neatly within the two-slot GPU form factor. Previously, Gigabyte's RTX 3060 Ti Gaming PRO OC was 285 x 115 x 51mm while the GPU's newer version is 281 x 117 x 40mm. Both models feature similar triple-fan heatsinks, but the new version will give users more PCIe clearance for other add-on cards.

Both models feature the same power inputs, but Gigabyte's RTX 3060 Ti Gaming OC PRO 2.0 revision has its power inputs placed in a new location, placing the GPU's 8+6-pin PCIe power inputs close to the centre of the graphics card. This design is bad for cable management but should make the new model more economical to produce. Revision 2.0 also features a backplate design that offers less airflow restriction for the GPU's rear fan, which should increase the GPU's cooling capability, offsetting the heatsink's slimmer design.

Below is a graphics card comparison from @harakaze5719. 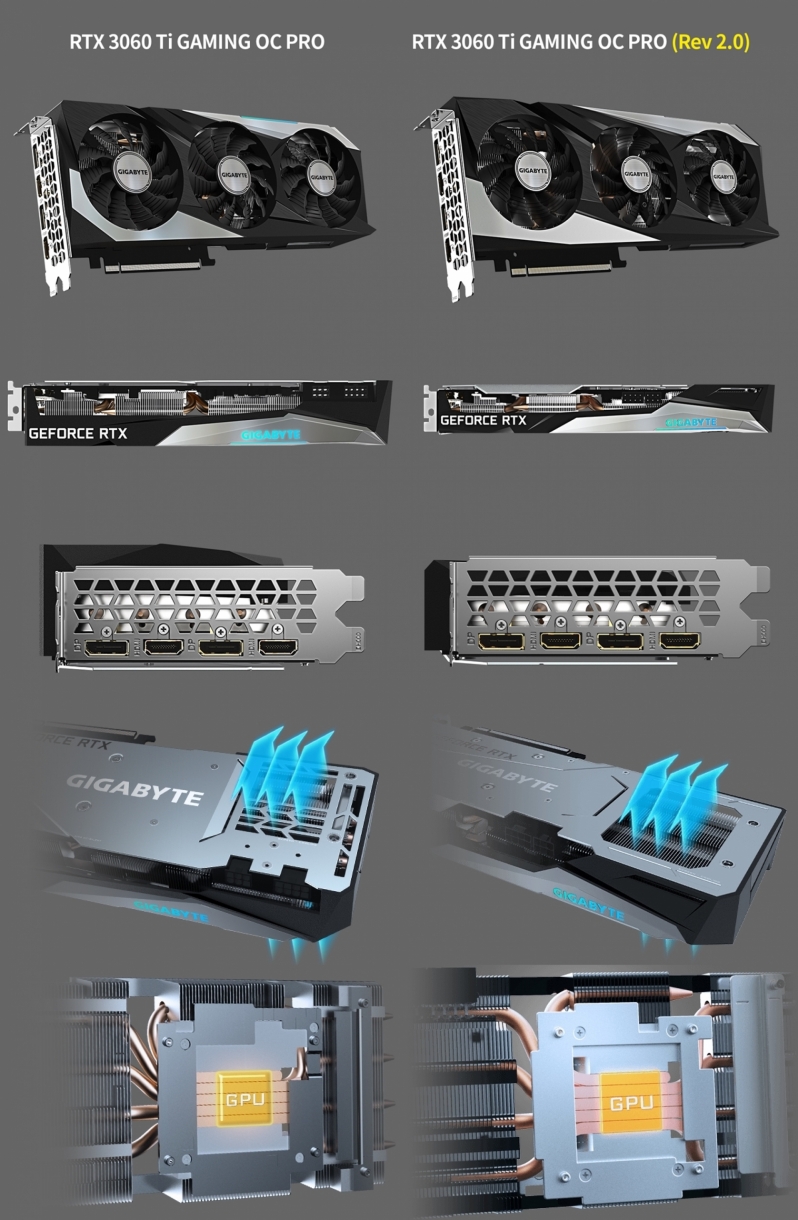 You can join the discussion on Gigabyte's revised RTX 3060 Ti Gaming OC PRO design on the OC3D Forums. 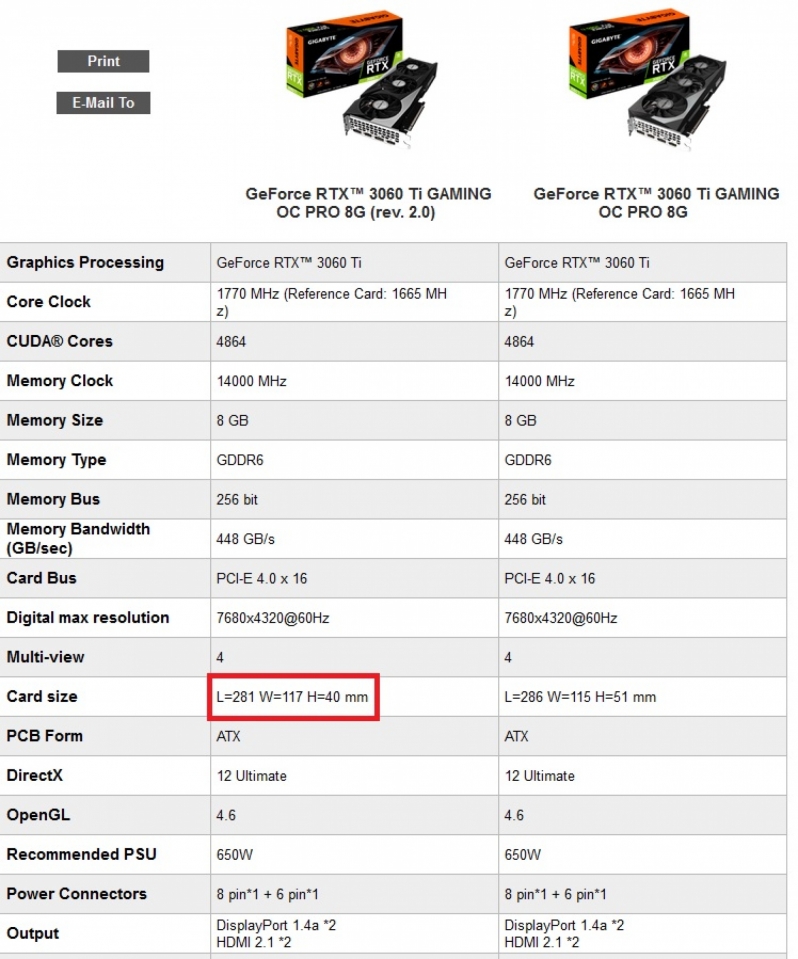