Time Spy is, by contrast, a benchmark that is significantly heavier in the physics department than Fire Strike, and thus leans much harder on absolute clock speed instead of any architectural improvements. Like Cinebench R23 before it, this is a bit of a surprising result to us, particularly given what we've just seen in Fire Strike. We thought the Ryzen 7 5800X might just shade things, not romp away. 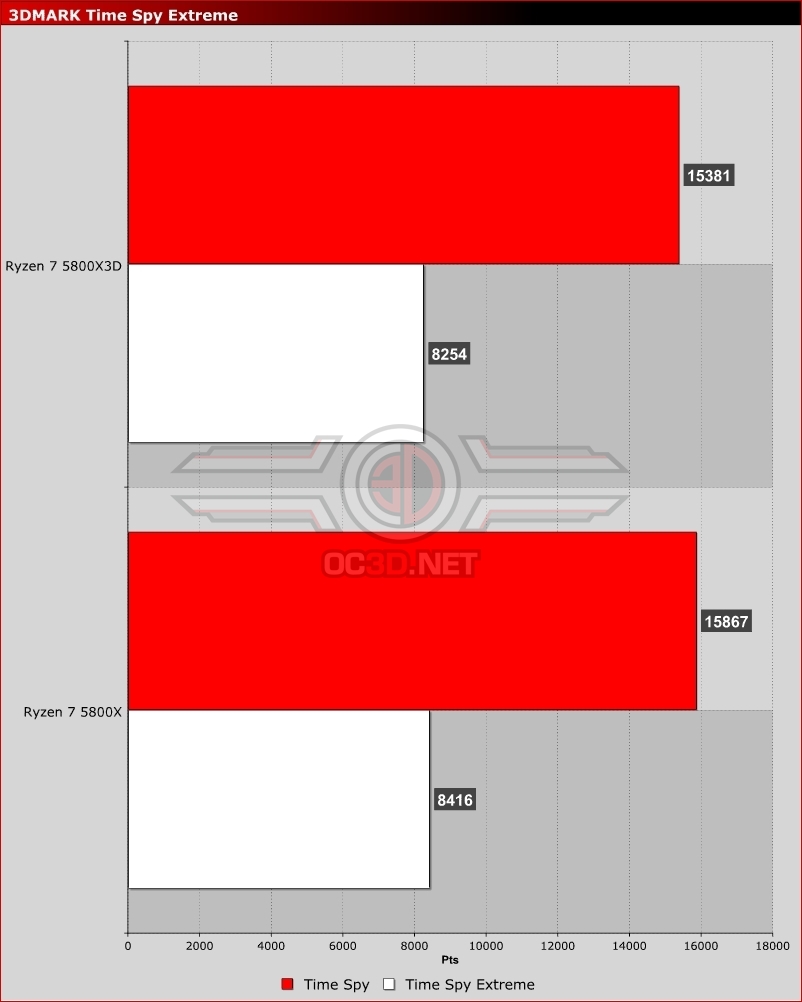 KingNosser
Well I paid £242 for my 5800x new sealed, I still feel the 5800x3d has it's place just on the high side thou admittedly i got a good deal on my chip. Saying that it's something for the future but imho it'll have to support overclocking as i will do all core overclock after a few days once i get the bios update

End of this year has so many things coming around november that anyone upgrading is going to have a lot to think about without any doubt for me i'm fine as i am for 1-2 gens more now.Quote

trawetSluaP
Link goes to an image at the moment, Tom.Quote
Reply