Intel showcases the designs of its upcoming processor generations

A look at Alder Lake and Meteor Lake

Intel showcases the designs of its upcoming processor generations

Intel has given us a peek at the company's next few processor generations during their Intel Accelerated event, including their upcoming Alder Lake "Intel 7" CPU platform and their planned multi-due Meteor Lake "Intel 4" processor.

For those confused by Intel's new process technology naming scheme, we have an article on that here. A brief summary is that Intel 7 is Intel's new name for their 10nm Enhanced SuperFin node and that Intel 4 is the new name of Intel's planned 7nm node. These names better line up with the naming schemes of their foundry competitors, though the positives of this name change are dubious at best.

With their new Intel 7 (10nm Enhanced SuperFin) node, Intel's boasting a 10-15% boost in performance/watt over their prior 10nm SuperFin node and various FinFET optimisations. The node is already in volume production, and Intel expects 10nm Alder Lake processors to be released this year.

A look at Alder Lake

Below, Intel has given us a look at their Alder Lake Client processors and their upcoming Sapphire Rapids data centre CPUs, both of which will utilise the company's Intel 7 process technology. Alder Lake will be a monolithic design, whereas Sapphire Rapids will use a multi-die architecture.

If this diagram is accurate, around four of Intel's high-efficiency Gracemont cores take up roughly the same die area as one of Intel's larger Golden Cove COU cores. In theory, if Intel exclusively used large CPU cores in Alder Lake, an all-big-core Alder Lake would only feature 10 cores. Intel's hybrid design bumps that number to sixteen. 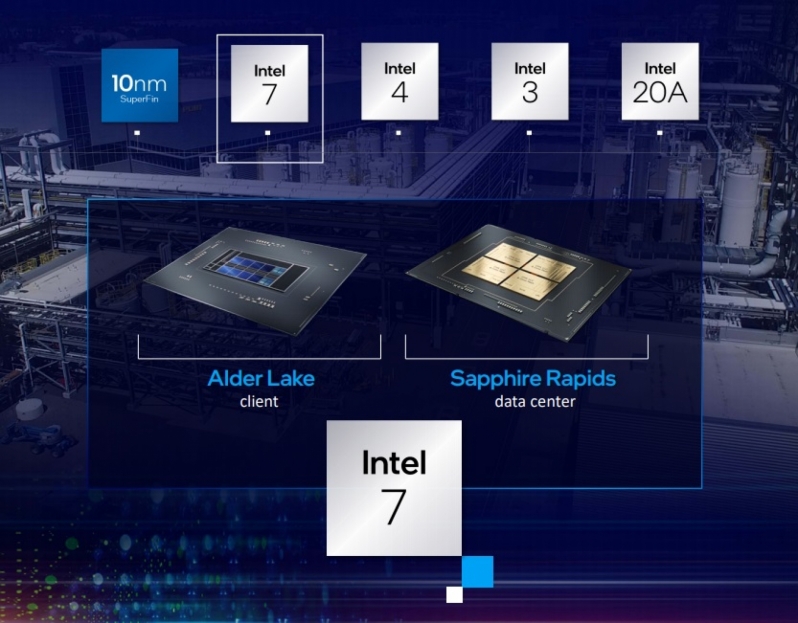 A Glimpse into the future

Intel 4 (formerly Intel 7nm) will be the process technology behind the company's Meteor Lake compute tiles and Granite Rapids datacentre processors. Intel 4 is said to be ready for production in 2022 and have products shipping in 2023.

With Granite Rapids, we can see two blocks of blue tiles that are 6 x 10 in size. This suggests that Intel;'s Granite Rapids processors will feature up to 120 total CPU cores across two compute dies. We can also see multiple other silicon dies that are used as part of Granite Rapids' design. Intel's current-generation Ice Lake CPUs offer users up to 40 CPU cores, making Granite Rapids a potential 3x upgrade in terms of core count.

Intel 4 is said to deliver 20% performance/watt gains for Intel, make full use of EUV lithography technology and deliver 2x the silicon density of Intel's 7 lithography node.

Meteor Lake's Intel 4 (7nm) compute title has been taped out, though it remains to be seen when the processor will be manufacturable enough to make a real-world product. Today's highest-end Tiger Lake processor has 96 GPU execution units, highlighting Intel's focus to create stronger integrated graphics solutions in the future.  Intel's Meteor Lake client processor also uses a GPU die that features 96-192 Execution Units. 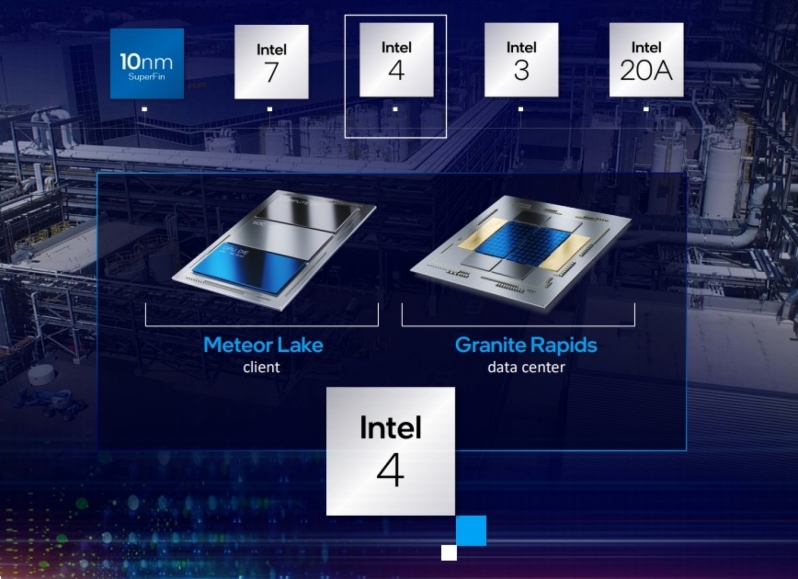 A Closer Look at Meteor Lake

Meteor Lake is due to make use of Intel's Foveros technology, making Meteor Lake a 3D chip design. Meteor Lake will be featured in designs with TDPs of between 5 and 125 watts, highlighting the versatility of Intel's planned processor design. Right now, Meteor Lake is expected to launch sometime in 2023. 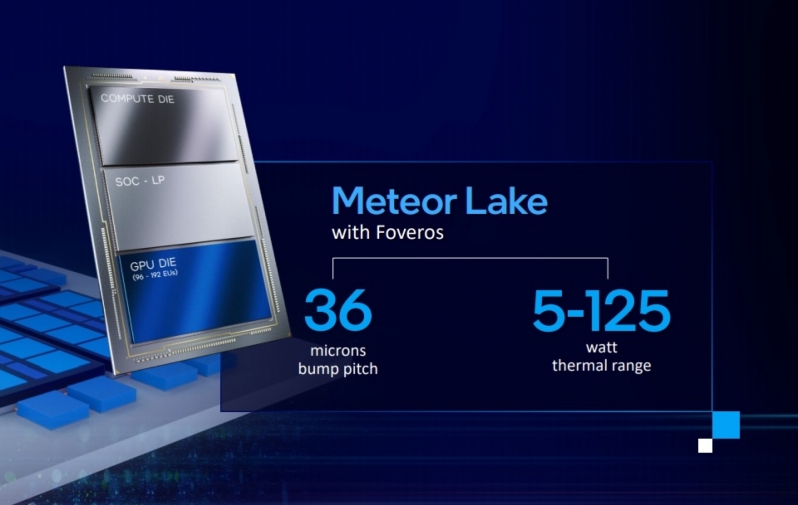 You can join the discussion on Intel's upcoming processors on the OC3D Forums.