Alongside their RTX 20 series of graphics cards, Nvidia decided to bring their NVLink technology into the mainstream market, finally surpassing the bandwidth limitations of SLI, enabling multi-GPU configurations with support for resolutions beyond 4K 60FPS.

With their Pascal-based GTX 10 series, Nvidia used two paired SLI bridges to push their SLI technology to its limit, something which has ultimately proved to be insufficient for the era of 4K HDR at high framerates, never mind future 8K displays.

Today, NVLink bridges are only available directly from Nvidia, but that doesn't mean that AIB-made variants are not forthcoming. ASUS has now revealed their Republic of Gamers, ROG, NVLink bridge with Aura Sync, offering 40GB/s of bandwidth between two graphics cards and support for RGB illumination. 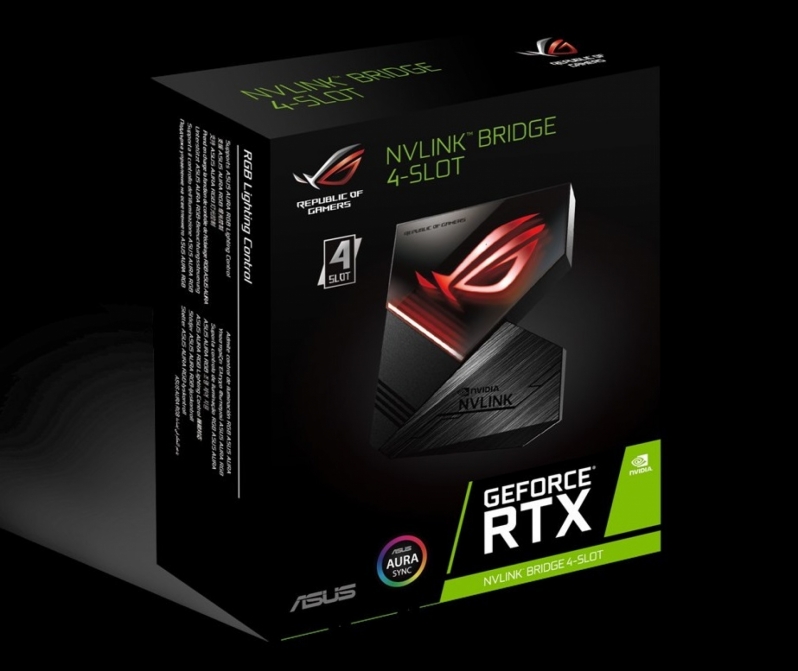 At this time, ASUS has not revealed the final pricing of their ROG-NVLink bridge. At the time of writing, Nvidia's NVLink bridge designs cost £75 in the UK.

You can join the discussion on ASUS' ROG NVLink Bridge designs on the OC3D Forums.

Warchild
I hope ASrock release a cheap version like they did last time that is priced more sensibly.Quote

Peace Đ
How can someone ruin a mockup so badly?! The ROG logo extends past the bridge...