A meme made real

It's official, Microsoft is making an Xbox Series X-themed Mini Fridge, turning the infamous Xbox Fridge meme into reality. Using the company's "Velocity Cooling Architecture", Microsoft allows their fanbase to "Xbox and Chill", allowing their users to cool up to 10 330 ml cans simultaneously.

Microsoft's Xbox Mini Fridge will be releasing in the Holiday 2021 timeframe, around the same time as Halo Infinite. Microsoft has not revealed the exact pricing of their mini-fridge, though we do not expect the unit to be cheap.

With this product, Microsoft accomplishes two things. First, they turn the Xbox Fridge meme into a positive for the company, highlighting how fun-loving the Xbox brand is and how willing the company is to make fun of itself. Second, it is another way for Microsoft to make money from their Xbox brand and gain more mind share for the Xbox brand. The Xbox Mini Fridge "World Premiere" video already has over 1 million views on YouTube, making the reveal a huge success for Microsoft.

We expect to learn more about Microsoft's Xbox Mini Fridge later this year, including more detailed specifications and pricing information.

You can join the discussion on the Xbox Mini Fridge on the OC3D Forums. 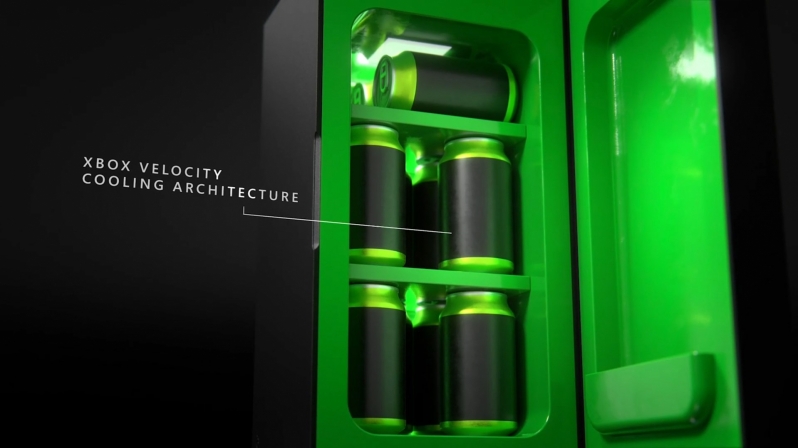 Warchild
Slap a hole in the back and put the PS5 inside it.Quote