The Oculus brand is dead. Say hello to Meta and goodbye to Facebook

The Oculus Quest will become the Meta Quest in 2022

Regarding Oculus, Facebook's transition to become Meta will bring with it some major changes. Starting in 2022, the Oculus brand will be phased out and replaced with Meta. Beyond that, Oculus/Meta accounts will be disassociated with Facebook accounts, removing the platform's Facebook login requirement.

To make a long story short, the Facebook brand is toxic, and Oculus users do not want to link their VR accounts with their social media profiles. There are many would-be Oculus Quest users who have avoided the headset due to its Facebook account requirement, and many other consumers would like to delete their Facebook account, but can't due to the fact that it is linked to their Oculus account.

Below is what Meta's Chief Technical Officer, Andrew Bosworth, had to say regarding the removal of the Oculus brand and the Quest's move away from Facebook.

VR will be the most immersive way for people to access the metaverse and as we look toward our goal of bringing 1B people into VR, we want to make it clear that Quest is a Meta product. For this reason, we’re simplifying our brand architecture and shifting away from the Oculus brand for our hardware. Starting in early 2022, you’ll start to see the shift from Oculus Quest from Facebook to Meta Quest and Oculus App to Meta Quest App over time.

We all have a strong attachment to the Oculus brand, and this was a very difficult decision to make. While we’re changing the brand of the hardware, Oculus will continue to be a core part of our DNA and will live on in things like software and developer tools.

We’ll also expand Meta Horizon as the brand that will encompass all of our first-party immersive social experiences. You’ve seen this already with Horizon Workrooms and Horizon Worlds. Soon you’ll see us shift from Oculus to Horizon Home, Horizon Venues, Horizon Friends, and Horizon Profile.
As we’ve focused more on work, and as we’ve heard feedback from the VR community more broadly, we’re working on new ways to log into Quest that won’t require a Facebook account, landing sometime next year. This is one of our highest priority areas of work internally.

Over the next few months, you’ll see a phased rollout of the brand across all the relevant products and services — including Facebook Portal to Meta Portal. This shift from one brand identity to another is not a trivial one, and it must be done thoughtfully to ensure brand equity and transparency. 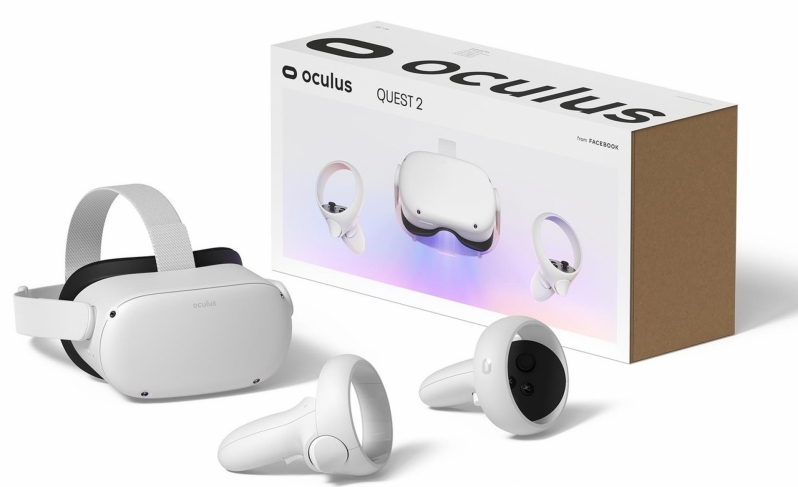 Facebook's decision to require Oculus users to log in through Facebook is said to be one of the reasons behind Facebook's rebranding. The backlash against the decision made Facebook's rebranding a matter of "urgency" for the company, as it harmed the company's overall growth prospects. Today, Facebook is a brand that sits under the Meta umbrella, not the brand that controls Oculus, Instagram, Whatapp and more.

In 2022, the Oculus brand will be retired, but the Quest brand will remain for future Oculus, now Meta, devices. It remains to be seen whether or not this rebranding will be enough to drive broader adoption of Oculus' (soon to be Meta's) VR products.

You can join the discussion on Oculus Quest headsets moving away from Facebook logins from the OC3D Forums.

hmmblah
Quote:
Not having a facebook profile? That's assuming we don't instead have a meta profile.Quote

Damien c
Still not getting a Oculus product since it still requires a Fakebook even if it's under a different name.

My next VR headset if I decide to get one will probably be a Vive or that HP one people seem to rave about.Quote

LePhuronn
I don't give a monkey's which account I need to sign in to, the simple fact that a gaming peripheral requires an account in order to use it is the real problem.

"Oh look, I just bought a new Corsair gaming headset, let's just sign into my Corsair account so I can actually hear something through it..."

g0ggles1994
My entire issue with having to sign into FB or Meta is that the entire company makes it's money mining your data and targeting you with ads.

We all know damn well that while using Oculus they will be recording, logging, and noting everything you play, say, do, and everything in between which will then be passed through their algorithms and subsequently passed onto advertisers as well. I know you have some control on the privacy side of things, but you can't control everything they mine about you, they will mine it because you agreed to their privacy policy beforehand which allows them to do so.

This is exactly where the issue lies for me. Why the hell should I fork out the money for the headset only to have them mine my data so they can sell it off to make even more money throughout the time you use that device.Quote
Reply