Away from the unique parts of the Hermes, everything is a bit more regulation keyboard. There are two USB cables for the keyboard itself and the USB pass-through. It reminds us of the recent CM Storm offerings in that both USB cables need to be plugged in to obtain the lighting effects. The ports themselves are clearly marked, so there is no confusion about which is for the headphones and which for the microphone when you're plugging your headset in in the dark. 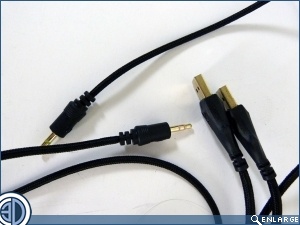 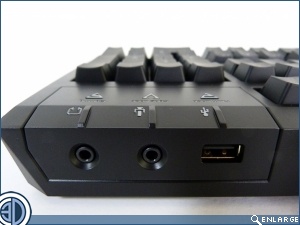 Beneath the keys are the Cherry MX Blue's which have been proving a popular choice of late. Given that the point of the Gamdias Element is to reduce the click noise, the choice of the blues with a deliberate extra click built in to them is a strange one.

There are 11 dedicated macro keys on the Hermes, with the first five being in their usual place to the left of the main QWERTY section of the keyboard. 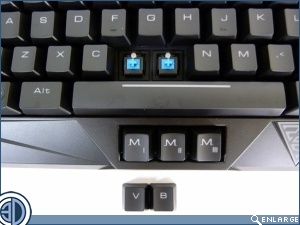 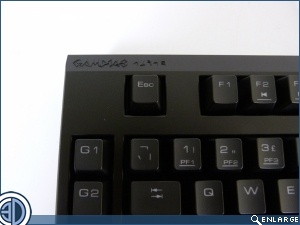 The other six are placed rather strangely. They are central to the keyboard in its entirety, just to the side when you consider everything right of the Return key to be a separate place. Having three beneath the spacebar causes less issues than it might appear, due to the height of the main QWERTY keys when compared to the bottom part of the Hermes. They're still something you're constantly aware of. 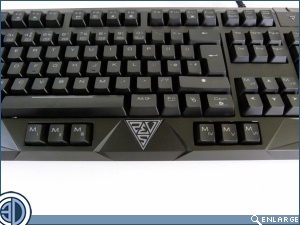 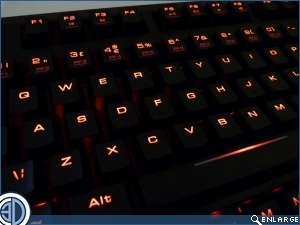 The lighting is excellent, as you would expect from the individual LEDs on a Cherry MX switch. The Gamdias logo and lock indicators light up in a nice gentle yellow shade. It's certainly eye catching and, unlike some lock indicators, not glaring either. They have a dual function as they also indicate where you are in the manual macro creation procedure, should you choose not to use the software. 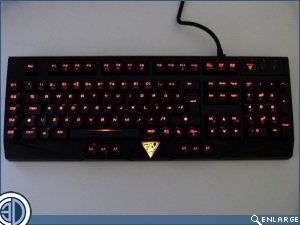 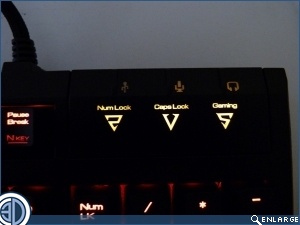 Dicehunter
Linus did a very brief overview of the mouse and keyboard a few months back, They do look very nice indeed

barnsley
Its nice to get a wide variety of choice. I will be keeping an eye on this company over the next few months. I expect great things

WYP
Quite a novel idea for a dust cover there, but i personally hate the look of that keyboard.

ramoine
Tom you are correct in saying that one would need a Huge desktop for this keyboard and mouse .

The dust cover is a novel approach though .Quote
Reply