The 600C, for all its upside-down-ness, looks very 2001 with its black monolith aesthetic. We like it. It speaks to the businesslike, no fuss ethos behind the Infinity X55 Pro. Why gaze at the tower when you can gaze at the polygons. It takes a moment to get used to fumbling at the bottom of your case for the USB ports, but you quickly get used to it. 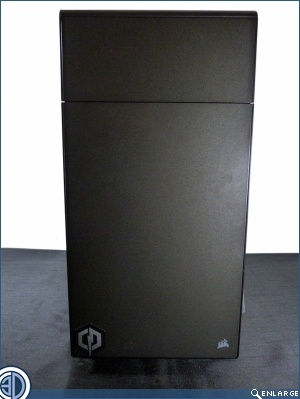 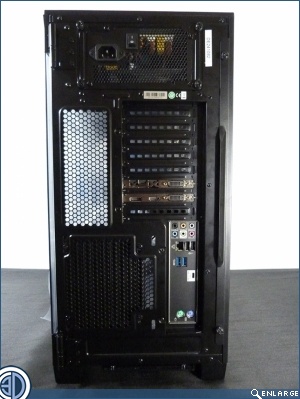 The optical bays are hidden away behind a front panel. Given the massive move to digital products we don't think that a) they're inaccessibility and b) the lack of a optical drive in the first place, is anything anyone will cry over. Once you open the door the insides are heavily protected by the air-bags we've grown accustomed to finding in anything we order these days. They should fill them with helium and save on postage. They're easy to remove although, as always, you need to restrain yourselves to make sure you don't pull a hose or unplug a front panel connector. 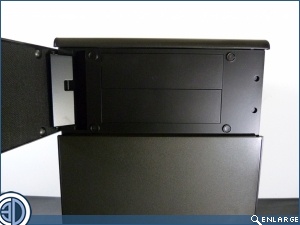 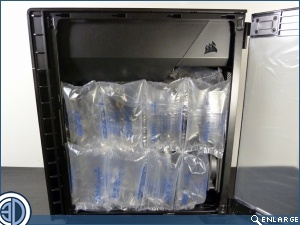 No, we aren't used to it either. We don't want to harp on about it, because we'll do that later, but the inverted Corsair Carbide 600C seems to be different for the sake of being different. If we were getting Cyberpower to build it for us we'd definitely choose a different case, and fortunately they have dozens to pick from.

Beyond that it's a decent enough build with the focus squarely upon the components rather than cable neurosis. The inclusion of the Neutron XT guarantees some swift loading times and even at this affordable price you still get the 240GB model. Very nice indeed. 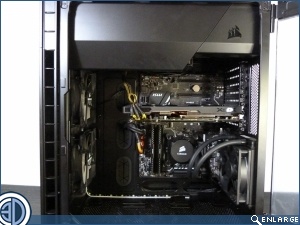 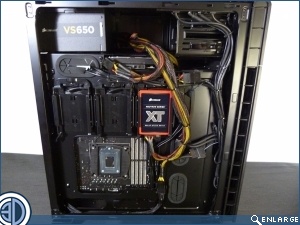 The combination of all black internals with the white LED strip is pretty good, and if you've got your desk arranged with the tower on your left you'll be delighted at the opportunity to look in through the window. With 99% of systems having a window on the left of the case we're also fairly sure that it will require rearranging things for most of us. The problems inherent in an upside down case and non-modular PSU are apparent with the GPU power input. Of course at this price it's difficult to expect perfection when performance is what counts. 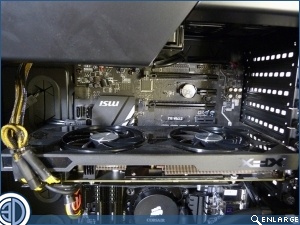 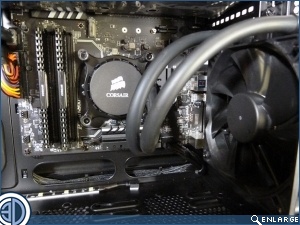 There isn't much room behind the motherboard of the 600C, and the inverted nature and use of a non-modular PSU means that cable management is not so good behind it as it looks in front. However, how often do you look at the back of your rig? It does mean that if you want/need to change out the 1TB data drive you have to uncable everything though, as there isn't a millimetre of wiggle room to be found. 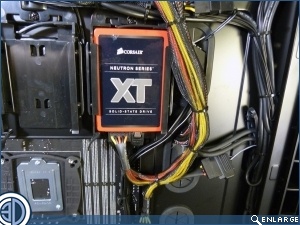 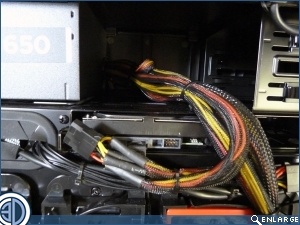 Lynx
Well priced system, can't believe those gpu Temps!
Although I think your complaint about the inverted case isn't actually a complaint but rather a preference.
Having the option of which side to have your case on (and still have a window) is a nice one to have really.Quote
Reply