Windows 10 will support DirectStorage, but only Windows 11 will see its full benefits

Windows 10 will support DirectStorage, but only Windows 11 will see its full benefits

Today's games don't make great use of SSD storage. Most software applications treat SSDs as faster hard drives, and while that is true, it minimises the potential of today's fastest drives. With the introduction of SSD-based storage into consoles, developers are now interested in fully exploiting the potential of SSD storage, and that's where Microsoft's DirectStorage API comes into play.

When Microsoft announced Windows 11, the software maker's representatives stated that the API "will only be available on Windows 11", a statement that has now proven to be false. Well... at best it's partially true.

Here is what Microsoft had to say in their latest development blog.

- The new DirectStorage API programming model that provides a DX12-style batched submission/completion calling pattern, relieving apps from the need to individually manage thousands of IO requests/completion notifications per second
- GPU decompression providing super-fast asset decompression for load time and streaming scenarios (coming in a later preview)
- Storage stack optimizations: On Windows 11, this consists of an upgraded OS storage stack that unlocks the full potential of DirectStorage, and on Windows 10, games will still benefit from the more efficient use of the legacy OS storage stack 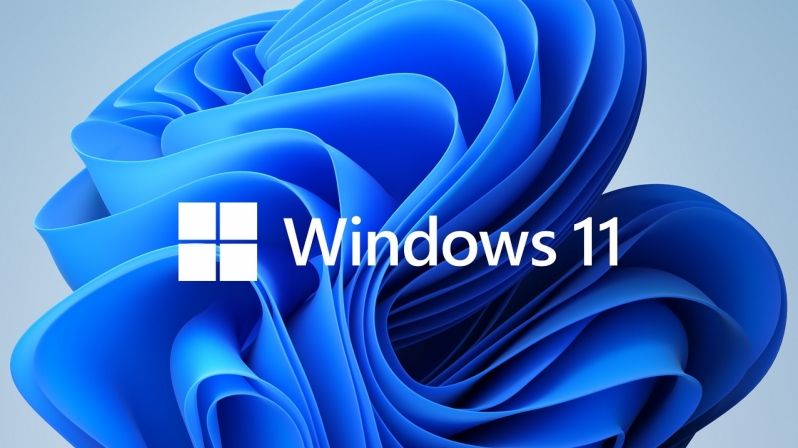 Today, traditional storage mechanisms feed data from storage and onto system memory, decompresses the data on your CPU, and then load the GPU memory data. With DirectStorage, the same data could be loaded onto your graphics card's VRAM using a more direct path, saving CPU resources and system memory in the process. That said, this will force your graphics card to decompress its own data, spending some GPU resources. 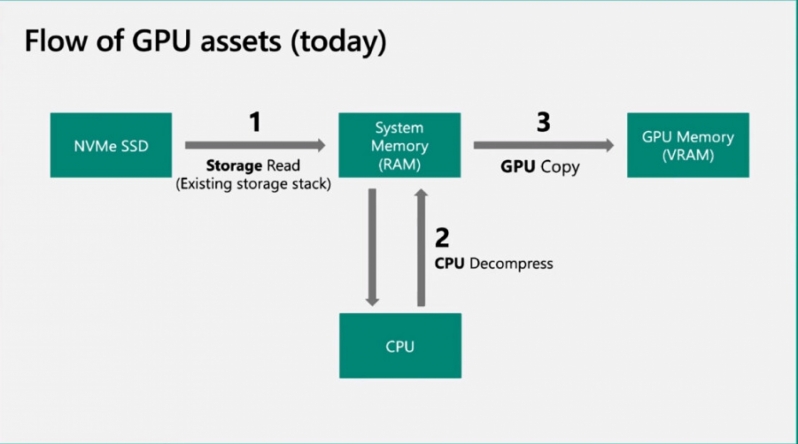 Using DirectStorage, developers of Xbox and Windows games can load assets onto GPU memory with less latency and reduce the CPU overhead of high I/O rates. This change will free up CPU resources for other tasks, boosting CPU performance while also allowing assets to be loaded onto GPU memory faster. DirectStorage is designed to allow gaming systems to take full advantage of the high I/O rates of NVMe storage solutions. This factor will enable games to exploit the performance benefits of SSD storage. This innovation will allow developers to create larger and more varied game worlds, as DirectStorage will make asset streaming a speedy process. 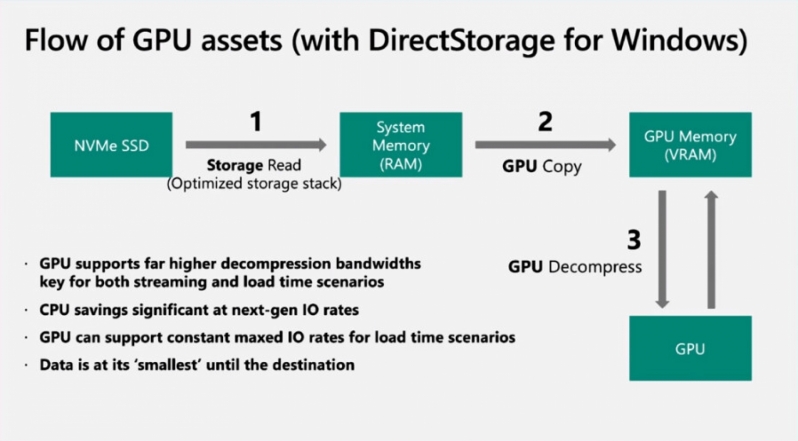 DirectStorage is a gamechanger, enabling faster loading times while enabling a more varied gaming experience. With games taking full advantage of NVMe storage, loading times will become much shorter, and in some cases, they may disappear entirely.

With Microsoft new storage API, game developers will be able to optimise their programs to utilise the performance of ultra-fast NVMe SSDs, feed graphics cards with data at a faster rate with less latency and reduce the system overhead of high I/O rates. These benefits are achieved through extra parallelism, more direct storage access and optimising I/O with SSDs in mind. 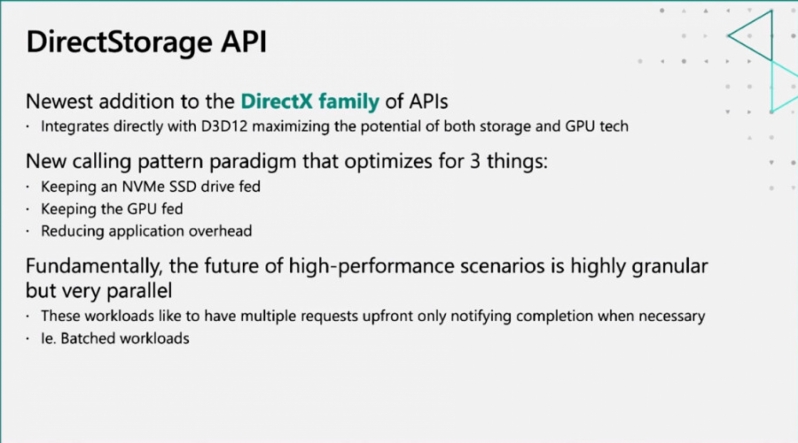 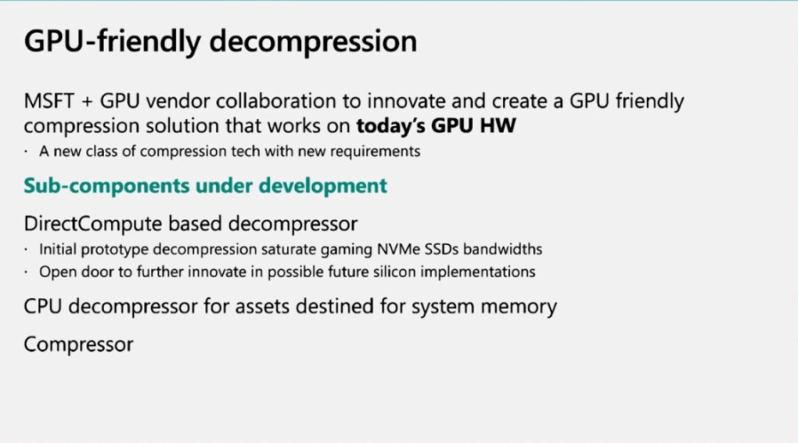 In the past, SSDs were treated by software as fast HDDs, often failing to take advantage of the strengths of the medium. While today's fastest NVMe SSDs are orders of magnitude faster than their SATA-based counterparts, the performance disparity between these products is rarely seen in consumer applications, especially in games. Moving forward, this will change. Microsoft's DirectStorage API will allow developers to exploit NVMe storage fully, and in time that will make NVMe SSDs a must for PC gamers.

When combined with Windows 11's upgraded storage stack, DirectStorage will change PC gaming. Over the next few years, SSD storage will become a minimum system requirement for many AAA games and later DirectStorage compatibility will be added to those system requirements. Developers are starting to fully exploit the potential of SSDs, and that will change gaming across PC and consoles.
As we move further into the current console generation, games will make more extensive use of the NVMe SSDs within Xbox Series X, Xbox Series S and PlayStation 5. This movement will make NVMe storage a must for PC gamers, as storage speeds will soon impact loading times and gameplay.

You can join the discussion on Microsoft's DirectStorage API on the OC3D Forums.

NeverBackDown
Would be interesting to see if they can get it to work on iGPUs so non gaming applications can still benefit and by not needing a dedicated GPU, have access to a wider audience it can benefit.Quote

looz
Quote:
How? Move data to dGPU memory, then back to RAM so iGPU can decompress, and back to dGPU pool?Quote

NeverBackDown
I think you missed the point where I said you wouldn't need a dedicated GPU and if they could get it to work on iGPUs only.Quote

Deadtroopers
Marketing fluff until the rubber hits the road. 10 has too many downsides as it is; 11 looks to have even more. All the clever in the world won't outway those.Quote
Reply