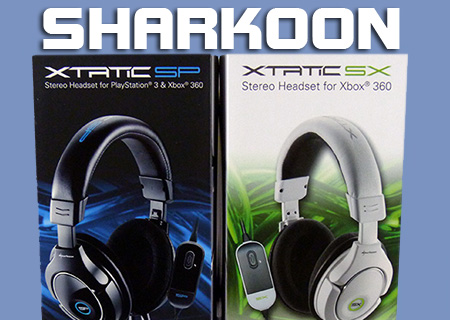 The XTATIC comes in nice bold packaging with a clear panel enabling you to get a look at the headsets without opening the box, and there is a Velcro front flap that also contains a bullet-point feature list. The reverse is fairly compact thanks to the multiple languages covered as befits a product for the European market. 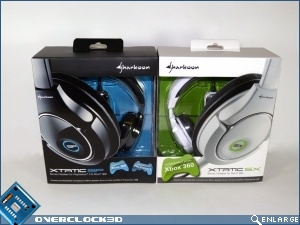 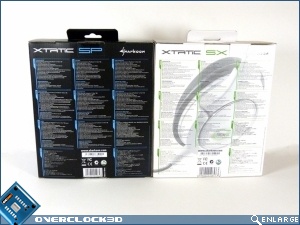 Both SX and SP come with a box containing the cables necessary to connect the XTATIC to the consoles. Similar to the SteelSeries 5XB we reviewed earlier the connection method entails some pass-through cables between the console and the TV. Both come with the controller cable for the 360 Pad which then connects to the inline remote. 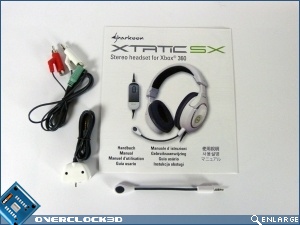 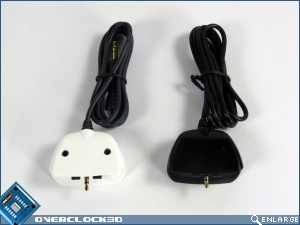 The microphone for each is detachable to help with transportation, and also should you want to use them purely as a set of headphones.

Both the SX and SP have logos printed on the well padded headband. The SX in particular follows the colour scheme of it's relevant console well. 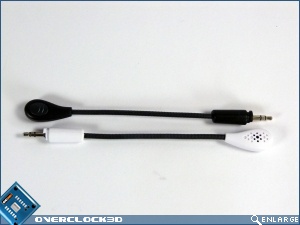 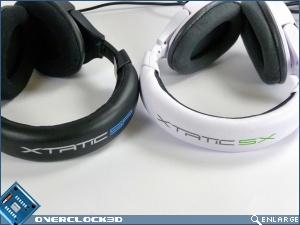 Design-wise both the SX and SP are identical with a snug fit on the head and great levels of padding on both the headband and ears. 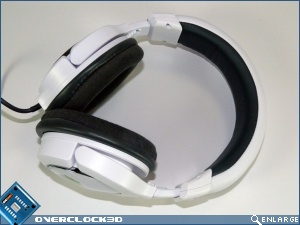 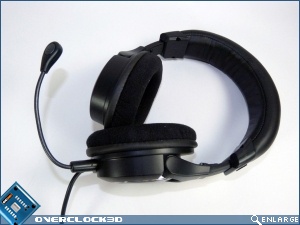