There is a bit of a balancing act with the latest iteration of the Intel CPUs. On the one one hand they have finally soldered the cap onto the die, so we're guaranteed to get the best possible heat transference which, hopefully, will enable us to get the very most out of our CPU overclocks. On the flip side there are an extra two whole cores to handle, so we don't expect to get the same 5GHz style speeds as we do from the current LGA2011 CPUs.

Memory overclocking, as seen on the right hand of the top two images, takes advantage of the unlocked BCLK to slightly boost the CPU clock speed, but largely increase the base clock so that we end up with 2750MHz DDR4. XMP adjustments have never been so easy. 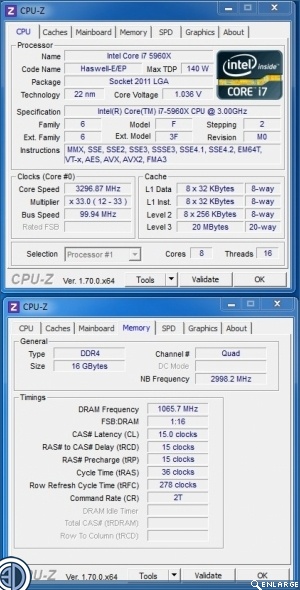 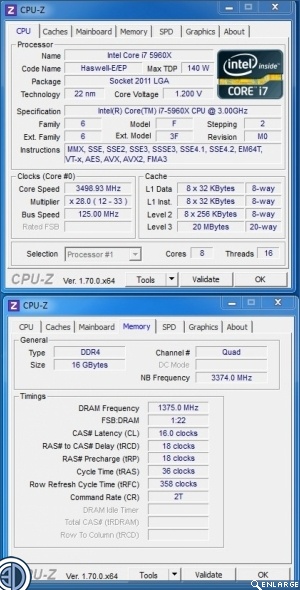 The third item that will form part of our graphs is Uncore overclocking. We were very interested as to whether manually overclocking the Uncore rather than just hitting the XMP will add bandwidth to the Memory and how the system as a whole will respond to that.

Finally we have the finished speeds that will be our overall overclock. Up from 3.3GHz at stock to 4.5GHz, that's hugely impressive for an 8 core CPU. The ability to fine tune the bus speed helps give a little extra performance where the big step of a multiplier adjustment would lead the overclock to fail. We tried to balance the BCLK, Uncore, CPU speed and DDR4 speed to provide the biggest overall gains and, when you see the graphs, you'll agree we were successful in that endeavour.

We wonder how much of this is down to the ASUS OC socket and how much is the CPU. Right now with no other boards on hand we don't know, but it will certainly prove interesting if we've already seen speeds as near to the highest we can obtain. 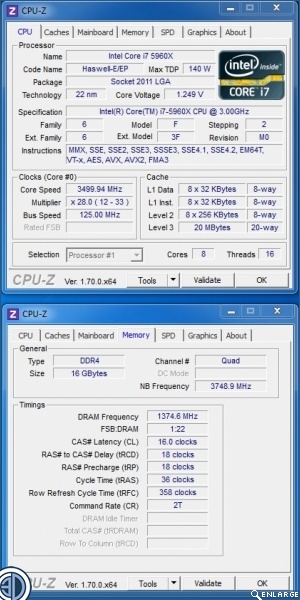