It wouldn't be a launch day for a new graphics card if we didn't have one of the Strix models to review. Not only is it about the most famous brand around, it sells faster than a Cheetah who has broken in to your stash of Red Bull.

The ASUS ROG Strix RTX 4090 took the eye-opening performance of the latest model in the Nvidia GPU range and kept it cool, thus giving it a beefy increase in average clock speed which showed up in our performance graphs.

The latest Nvidia card, the RTX 4080, has already demonstrated how it is the second best card on the planet, only bested by its sibling, and the ASUS ROG Strix take on that card uses the same cooler that has already shown itself to be good enough to keep the RTX 4090 cool. Given that the RTX 4080 has significantly less hardware going on under the hood this should ensure that the RTX 4080 is about as cool as it's possible to keep a card using air alone.

But we know you're eager to see how it performs, and we all know what we have in front of us, such is the fame of the Strix name, so let's go over the specifications and some photos before we get down to business.

As you would expect from a product coming under the Republic of Gamers umbrella, and particularly their huge-selling Strix arm, the ASUS RTX 4080 has a chunky boost over the reference card clock speeds, up from 2505 MHz to 2655 MHz in OC mode. We don't know about you but we wouldn't buy a card at this price point only to nerf it by not running it in OC mode, so that's what we'll be doing for our testing. 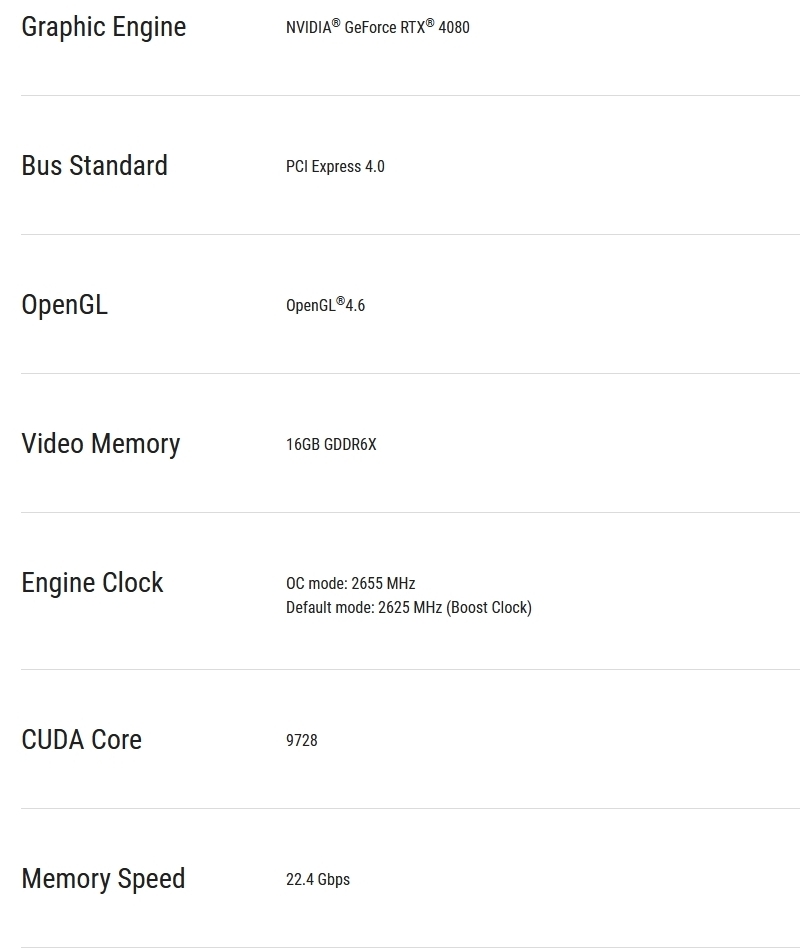 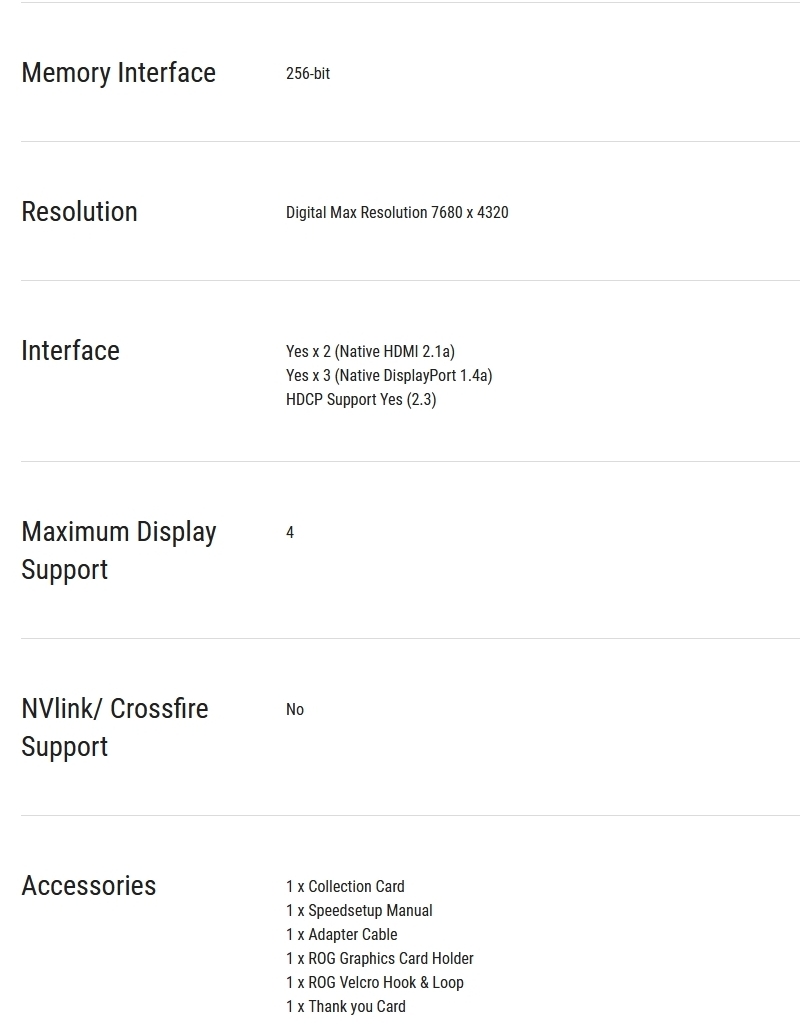 The problem is that when a card performs so good, and reviewers heavily praise a good performing card (as you would in that respect), the readers pretty much ignore/skip over the elephant in the room which is the price.

If you say this is the current fastest card on the planet but it costs a whopping £6000 people will still buy it because they only see whats in Bold.Quote

AlienALX
Quote:
They can't. This is the world you enter into as a reviewer. You soon find out that negativity is not tolerated. You get struck off, don't receive any product and etc.

Tom had this at one point. It was gosh, ten years ago now, and my memory is a little scant on it. But someone released something (I think it was memory?) and Tom tore it apart. He then got struck off. Same thing happened when he reviewed the EVGA SRX? was it? the dual slot X79 board that was utterly pointless because Intel disabled bus clocking. It was also pink, not red (salmon were the words he used) and EVGA struck him off for years after.

That is what happens. You become a black sheep.

The only reviewer telling it like it is out there now is PC Jesus. And I will be clear, he grates my last nerve with that voice of his. However, he is the only one who has really stepped up to point out just what a terrible proposition this card is. Because he is independent and buys his cards in.

As soon as magazines were done away with this is how it has gone. Everyone now? you know when you watch a docu and it says "These are paid actors"? well that is what you see on Youtube. They are there to make money, that is it. The journalism world of tech reviews is dead, they are just paid actors paid to say what they do.

Tom is still better than that, as he largely has backed off A LOT over the years and just does periodic reviews. Nowhere near on the level he did.

He also doesn't have a sniff every time one of the other tech tubers farts. You know? one of them with have an "idea" for a video if you could call it that, and then they all gather around in delight and make EXACTLY THE SAME EFFING VIDEO. This is why I removed all of them from my subs apart from Tom. Because it was just the same thing regurgitated OVER AND OVER. Even the "diss my rig" stuff. Everyone was doing the same thing.

Then Linus does a video saying the most profitable video he did was a live one, and you bet your backside within a week they were all streaming live content again

It is all about money, with absolutely no effort or original ideas of their own.

Jayz likes to waffle on about how he's such an epic PC builder and modder, yet has done barely anything in the past two years. Even during the lockdown they all just sat on their asses whining instead of actually bloody doing something.

KingNosser
While i agree it would be nice if reviewers were more able to speak their minds to any extent they wish that isnt the world they are in, but on price you have to be a total mug not to see it yourself don't need a reviewer for that, so they stick to the product and that is really all they can do.

I always watch toms videos first even thou he sticks to the nda better and is sometimes behind it's a better review and none of that paid ad crap just a guy with a product far more appealing over the many years.

Sure i have a bunch i watch but some the obvious ones i'm turning off in seconds if it isn't worth it i'm not wasting my time same with linus and his show i dont watch it live i use the time stamps and watch anything i feel is relevant.

So few good people on YT doing decent stuff and the so called modders do little and basic far from deserving the position they are in.

I think tom walks the line of saying his points trimming it down to more palatable level cause i am sure if he was able to let rip he sure would on many things.

but with prices like these how can you really afford to let rip and lose all the products you simple have to focus on the good or bad and let the rest slide, with a smaller audience you cant risk it and saying that smaller is better it's a little community that knows the way his videos are rather than viral mass apeal that then becomes like any other tech tuber reading from the marketing script.Quote

AlienALX
Quote:
The problem comes from letting far too much slide. If you nod along who is going to call out Nvidia or AMD for charging too much?

The fact is the reviewers let the Turing prices slide. Then also let actual RRP Ampere availability slide, and then again encouraged Nvidia by saying the 4090 was amazing etc etc. Where do you draw the line? especially if you ain't the one paying the prices !

99% of reviewers get free gear. So IMMEDIATELY they are swayed. Swayed by not only getting the very latest gear, but also not having to pay a dime. IMO? you become blinkered at that EXACT moment. Exactly the same way you became blinkered when you won a GPU and then proceeded to post thread after thread about how good it was etc etc. Was it? or was it just the complete high you got from getting it free?

Look dude, I am not having a dig believe me I am not, but that example right there just shows how getting something for nothing WILL release endorphins in your brain and IMMEDIATELY make you biased.

Did I rave about the 2080Ti I paid £1700 for? did I fudge. It was a rip then, and 4090s are a rip now. And until EVERY reviewer calls this out and finally makes a stand (which they won't because it is their livelihood at stake) it will continue.

Before the internet became a thing we relied 100% on what actually mattered - word of mouth. If something was bad? it would be panned by every one who owned it. No one got it free, and no one got the privilege of getting it free and then telling people how awesome it was.

That is the problem when you become dependent on those products to make a living. The moment you begin to do things you shouldn't do? it is too late. You will then be completely blinkered to that reality and blinded by it. And you will continue doing everything you can to keep that model going.

You become a slave.

Many moons ago I used to write reviews. Like, proper ones for magazines. Within two weeks? I realised it was not for me when the editor began changing what I had written and manipulating it. IE? it leaves a sour taste in your mouth, unless of course you don't care and all you want to do is make money. You are then owned by it, and you are selling yourself just like a whore. And that is the reality of it.

OK look right. So the 4090 at £2200 obviously has no competition. And the chances are it won't for a while, as AMD seem disinterested in toppling it right? what is the point it making yet another £2k GPU hardly any one can afford?

So, with all of the BS in the air? maybe some, especially if you could use it for work, would get value out of it. And I mean like, really use it for work. However to market it as a gaming card? LMAO. Games are meant to be fun. Spending that much on a GPU, even if you wipe with 50s? is not fun.

So OK, maybe there is a teeeeeeny weeeeeny market space for the 4090.

Every review of these cards I saw apart from GN maybe muttered something quietly about it costing far too much, but all of them were otherwise 99% positivity. Banging on about how efficient they are* but cost a little too much**

* Of course they are efficient. The die has been chopped to F !

** a little? LMAO. Even I know this probably tippy toes waaaay past the 70% marker. It goes from completely taking the pee to, how would you like to drink Jen's pee and what sort of MUG do you want it served in?Quote
Reply