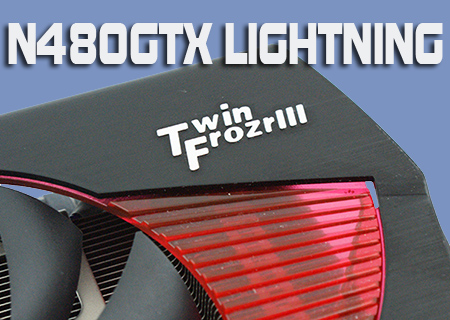 If there is one thing that has been proven over time, it's the ability of the Twin Frozr II cooling system to be one of the best around. So it's no surprise at all to see the Twin Frozr III adopt a very similar design. Huge heatpipes, big fans and a very clever fin design are all we can ask of a cooling solution and MSI have got it in spades. 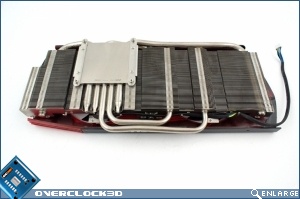 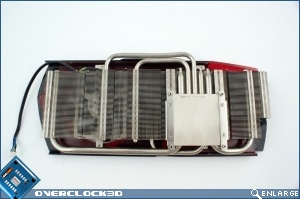 The problem with non-reference cooling is usually that it's a pain if you want to switch over to a GPU water block because you have to go full-cover. The Lightning comes with a separate heatsink for the GDDR and power phases, so you could leave it as is and just go for a GPU block if you so choose. 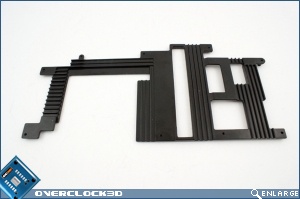 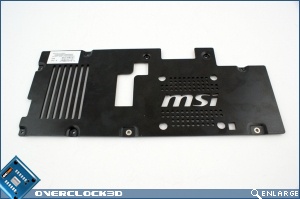 Here is the card in all it's naked glory. There definitely isn't a inch of room on the board that isn't taken up with something or other. 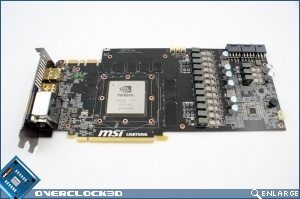 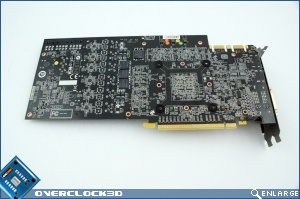 The GPU side of the board is fairly standard with the Fermi chip and the GDDR5 RAM. To the bottom left of the GPU is the 1 phase PLL PWM.

The right hand side is where the other important additions lay. Just below the power inputs is the 3 phase Memory PWM, and the huge row of 12 GPU PWM phases complete the 16 Phase PWM on the Lightning. This means that rather than the 154 Amps of the standard GTX480, the Lightning has a maximum current capability of 480 Amps! 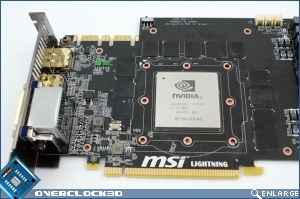 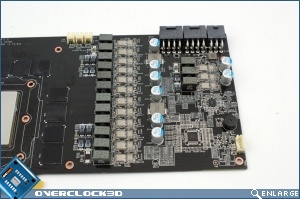