The Gigabyte Aorus range is very much their premium brand, with a whole host of attractive models boasting those gamer-centric elements that are so familiar. When the newest Z790 model arrived, the Aorus Elite AX, the name alone made us expect a price point at the high end of current Z790 pricing, but in actuality it's buried in the mid-pack.

Not that its placement in the Gigabyte range should be taken as dismissive of its potential. You've still got both PCI Express 5.0 and DDR5 support. Admittedly the M.2 storage is only PCIe 4.0, but that's hardly a slouch and the PCIe 5.0 NVMe drives are so expensive that they're still pipe dreams for the large majority of us.

With a good selection of connectivity options, a 16+1+2 70A Power Stage design and a lot of the Aorus trimmings, the Aorus Elite AX could potentially be an affordable way to get a whole lot of motherboard for your money. Naturally there is only one way to find out, so let's get down to business. 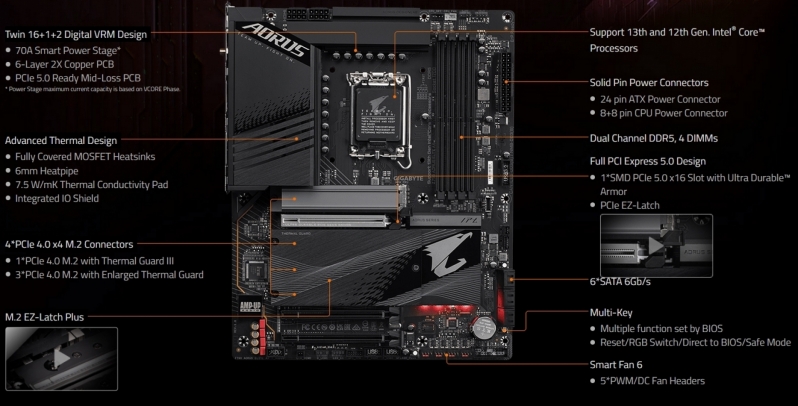 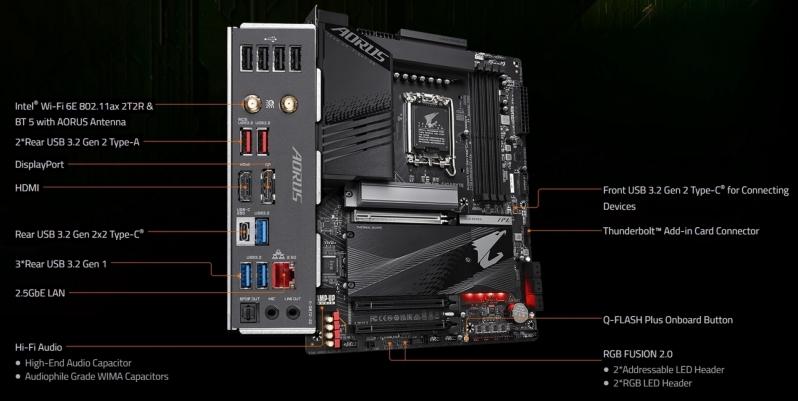