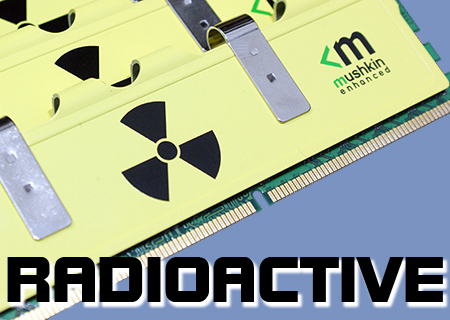 To borrow a line from Lewis Carroll, curiouser and curiouser. There is absolutely no denying that Mushkin in general are dominating our charts but the insane performance of the Blackline is backup up with it's comprehensive victory in PC Mark overall.

The Gaming scores follow fairly closely to what we'd expect with the various overclocks giving good performance, assisted by some improved drivers since we tested the Dominator GT and Blackline.

Memory scores though is really where things should pan out and certainly they do with the overclocked Radioactive happily at the top of the pile. At stock though it's some distance behind it's overclocked self and even behind the much slower Blackline. This strange result is even clearer with the final PC Mark score having it lagging in last place.

It seems as this is another product that is fairly average out of the box but set free when given a performance kick.

Once we're into gaming benchmarks things settle down hugely as we'd expect. The bigger overclock gives us the biggest score and the only time this changes is with the Dominator GT in which that version of the Catalyst drivers was clearly one that helped 3D Mark Vantage a lot as our GPU score bears out.

At the high-end the two Mushkin kits are almost inseparable.

The Christmas tree made me realise I don't have one yet haha... We gonna see more and more christmas decorations closer to Christmas?

tinytomlogan
Quote:
Probably not in the videos as it will be a right royal pita to keep moving them.Quote

i thought there was going to be a whiteline rangeQuote

Todd
Looks even better in the flesh. I dunno why yours is paler, Tom, my one's deep yellow.Quote

Mr. Strawberry
might of been the flash on his camera